Mother’s Day 2020: How Riddhima Kapoor Sahni’s daughter Samara made it special for her and nani Neetu Kapoor | People News

Mother’s Day 2020: How Riddhima Kapoor Sahni’s daughter Samara made it special for her and nani Neetu Kapoor | People News

New Delhi: Riddhima Kapoor Sahni has posted a sneak peek of how her little daughter Samara made Mother’s Day special for her and grandmother Neetu Kapoor. Riddhima and Samara are currently in Mumbai. They arrived there after Rishi Kapoor’s death on April 30. To wish Riddhima and Neetu Kapoor on Mother’s Day, Samara baked a special cookie for them. “Mother’s Day cookie baked by Sam for her mother and nani,” Riddhima captioned her post, adding a heart emoticon.

Meanwhile, Riddhima also shared pictures with Neetu Kapoor to wish her on Mother’s Day. The post also has a photo of Riddhima along with aunt Rima Jain and cousin Nandita Nanda. 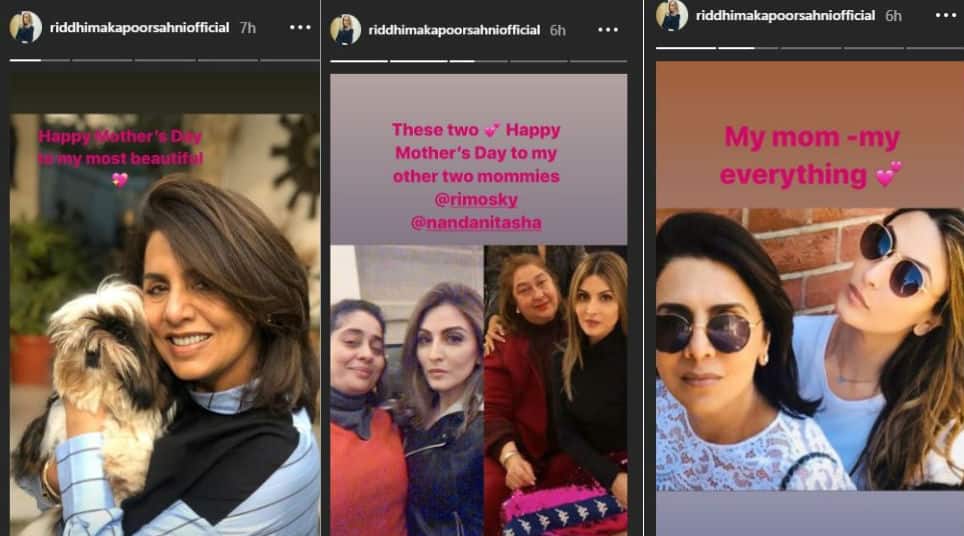 Riddhima and actor Ranbir Kapoor are Rishi and Neetu Kapoor’s two children. The veteran actor died in Mumbai. He battled leukemia for two years. Riddhima couldn’t attend her father’s last rites as she did not get permission to fly down to Mumbai due to the nationwide lockdown. She and Samara arrived in Mumbai on May 2 by road.

Rishi Kapoor’s prayer meeting was held last weekend at his residence and his ashes were immersed in Banganga in Mumbai.

Trishala Dutt opens up about losing mom at 8 and how her life changed after boyfriend’s death: The ground beneath me seemed to crumble | People News