KGF: Chapter 2, starring Yash in the lead role, is one of the highly anticipated movies of the year. Directed by Prashanth Neel, the period action film is now slated to hit the theatres on October 23. The KGF fans are totally excited about this piece of news that came recently from the makers, and are eagerly waiting for the big release.

Recently, the actors and makers of the film shared the poster with the release date. Fans couldn’t keep calm after the announcement and are now eagerly awaiting the teaser release of KFG: Chapter 2.

Bankrolled by Vijay Kiragandur under his banner, Homable Films, the movie is the sequel to 2018 film KGF: Chapter 1. The first installment of the film garnered huge appreciation from the audience. The second part will have Bollywood actor Sanjay Dutt, essaying the antagonist, B-Town actress Raveena Tandon will playing the role of Chief Minister Ramaika Sen with Srinidhi Shetty as the female lead. KGF: Chapter 2 will be released in Kannada, Telugu, Hindi, Tamil, and Malayalam. Well, how excited are you for the movie? Tell us in the comment section below! 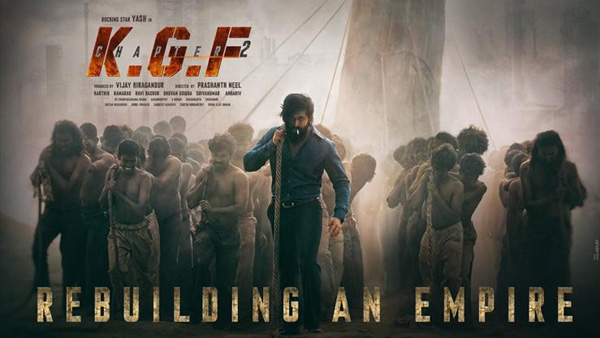