Do All Judges Act With Integrity?

Do All Judges Act With Integrity?

You must have recognized by seeing this picture, there is also a video of this incident in which Akash Vijayvargiya, son of Kailash Vijayvargiya, is beating the Municipal Corporation officer with a bat.

After a lot of uproars, the Municipal Corporation officer got an FIR written against Akash Vijayvargiya.

What happened now that the officer has turned his back on his statement, he told the court that he did not know who fired the bat as the bat was hit from behind.

The law can be blind and the judges also decide on the statements of the witnesses and the victim. The officer has also retracted the statement to save his life and that of his family. Because both the judge and the officer know what will be done if the decision is taken honestly.

As for honesty, still many judges are honest, because not all can be corrupt. The day 100% of people become dishonest and corrupt the system will collapse. We should think that how do we treat honest people? 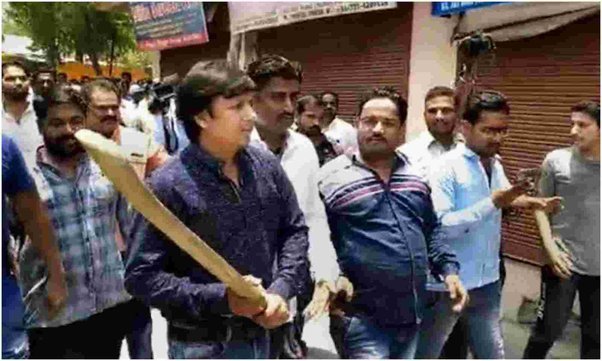 So everyone will keep beating like this, sometimes someone becomes a batsman and bats on the body, then someone will put tempo on the judge. All honesty and fairness will be taken away. it’s better to keep quiet