Did Dil Raju Get Married For The Second Time On Mother’s Day?

Did Dil Raju Get Married For The Second Time On Mother’s Day?

On the morning of Mother’s Day 2020 (May 10), Tollywood producer Dil Raju surprised everyone by hinting at tying the knot for the second time. The rumours about Dil Raju’s second marriage have been doing the rounds for quite a while now. But now, the latest report suggests that the 49-year-old producer got married in the presence of a few relatives in Sri Venkateswara Swamy Temple.

Hinting about his wedding, Dil Raju shared a message on his production house Sri Venkateswara Creations’ Twitter account. The message reads, “With the World coming to a standstill, things haven’t quite been great for most of us on the professional front. I haven’t been going through a great time personally as well for a while now. But I am hopeful things will settle down very soon and all will be well. And in that fervour of hope, it’s now time for me to turn over a new leaf and restart my personal life on a happy note.”

Dil Raju reportedly got married to a 30-year-old Brahmin girl. She is said to be a family friend and has no connection with film fraternity. The report published in a leading portal also suggests that she has earlier worked as an air hostess. For those who are unversed, Dil Raju’s first wife, Anita, passed away on March 11, 2017, due to a fatal cardiac arrest.

After seeing his loneliness for almost three years, his family and close friends suggested him to get married again. However, Dil Raju has not yet made an official announcement about his second marriage. 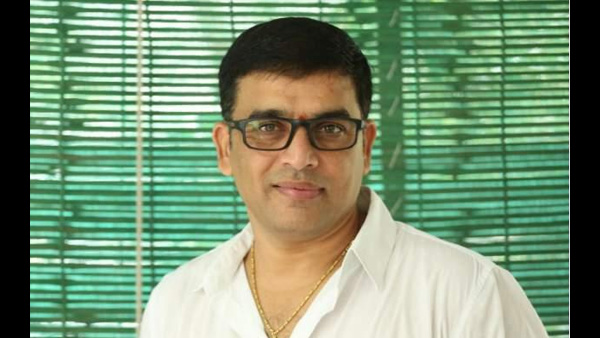 On the professional front, Dil Raju is bankrolling Power Star Pawan Kalyan’s next, Vakeel Saab, which is a Telugu remake of Amitabh Bachchan, Taapsee Pannu-starrer Hindi film, Pink. Vakeel Saab is being helmed by Venu Sriram. On the other hand, Dil Raju is also producing Telugu film Jersey‘s Hindi remake, starring Shahid Kapoor and Mrunal Thakur in the lead roles. The film is being directed by Gowtam Tinnanuri.