Apple has unveiled iOS 14 as its latest mobile operating system. The new iOS version brings a list of interface-level changes that include an App Library and redesigned Widgets. The iOS 14 update also comes with Picture-in-Picture (PiP) support, which lets you play videos on top of your screen. Apple has also brought an upgraded Siri that no longer has the full-screen interface and can bring widgets to any of your screens. Further, iOS 14 comes preloaded with a Translate app that is a close competitor against Google Translate and offers side-by-side translations in two different languages. The latest iOS update also includes a new Messages experience that will offer fresh Memoji, including the ones with support for face masks.

One of the major changes that iOS 14 carries over iOS 13 and all previous iOS versions is the addition of the App Library view that groups multiple apps automatically on one, single screen. The experience seems similar to multiple folders on one home screen. However, it’s more than just having folders as you’ll get apps sorted in groups — just once you reach the end of your home screen pages.

“We created an easy way to hide out pages,” said Senior Vice President of Software Engineering at Apple Craig Federighi, while announcing the App Library view on iOS 14.

There’s a “Jiggle mode” that allows you to hide out different pages from your home screen and move them into the App Library view. The mode appears once you tap the dots at the bottom of one of your home screen pages in the edit view. Overall, the App Library view sounds similar to how you have an app drawer on an Android device — though with some smartness offered by Apple, of course.

Alongside App Library, iOS 14 brings redesigned Widgets that can be placed on any of your home screen pages. There is also a Widget Gallery that you can bring on top of your screen in the edit view, by tapping the plus button from the top-left side of your screen. Furthermore, you can adjust widget sizes to adjust them along with your existing app icons and folders.

Apple has also brought a Smart Stack feature that shows different widgets throughout the day.

For video lovers, iOS 14 brings Picture-in-Picture support that lets you access apps on your iPhone while watching a video or talking on a FaceTime call. The experience seems similar to how PiP works on Android devices. However, there is support for pinch-to-zoom, and the PiP view also works on top of Apple apps. You can also swipe the PiP window to the side to just listen to the audio of the video.

The latest iOS also brings Siri in an all-new view, which is visible at the bottom of your display — instead of occupying the entire screen of your device. “[T]his year, we’ve completely redesigned the Siri experience with a new compact design. It makes tasks like launching apps incredibly seamless,” noted Federighi. 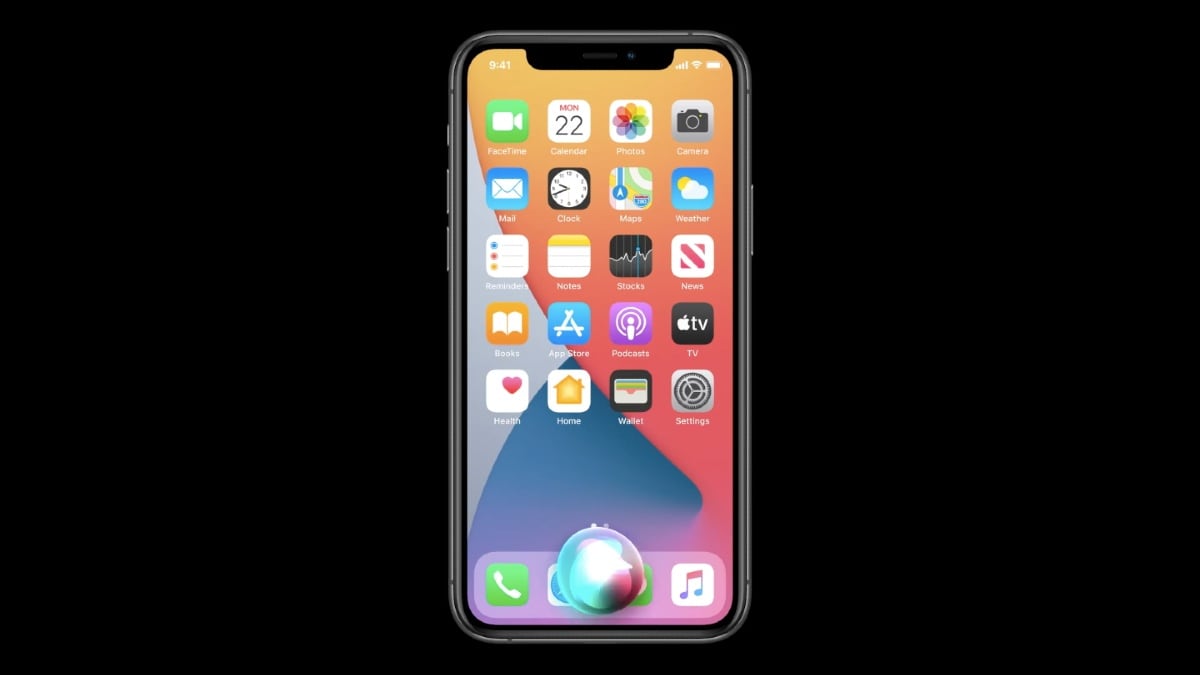 Apple has also uplifted the Siri experience intrinsically. The company claims that the voice assistant now has over 20 times more facts than just three years ago. There is also support for more complex questions, such as how do hybrid cars work? Siri has also been upgraded with the ability to send audio messages by recording audio from your iPhone, without requiring you to open the Voice Memos app. There is also on-device dictation support.

The iOS 14 update on your iPhone will also bring the new Messages experience with the ability to pin any of your favourite conversations. There are also new emoji stickers and 20 new hair and headwear styles for Memoji. Apple has also brought a face mask option that you can add to your Memoji character.

Apple Maps on iOS 14 has also received an update with curated guides. There is also support for cycling that will be initially limited to New York City, Los Angeles, and San Francisco’s Bay Area as well as Beijing and Shanghai. Further, Apple Maps include a new EV Routing feature that is specifically designed for electric vehicle owners.

The new iOS also includes an updated App Store that has support for App Clips, which are aimed to reduce the clutter on your iPhone and provide you a standalone experience, without installing the full app. App Clips work with a dedicated App Clips code that are similar to traditional QR codes. Developers would also be able to incorporate App Clip codes to any QR code or in any NFC tag.

Apple has also included an upgraded Find My with support for finding third-party products and accessories that are a part of the new Find My network accessory programme. There is also a new Safari with a Privacy Report feature that lets you view which cross-site trackers have been blocked. The browser also includes a password monitoring to help users detect saved passwords that may have been involved in a data breach. Additionally, there is built-in translation support for webpages.