Sarika Bahroliya of Gudiya Humari Sabhi Pe Bhari says, “There was a time when my life revolved around the television and my favorite shows. I used to finish all my work, cut myself from everyone at home, and sit glued for hours together in front of the TV. Other than the shows I used to regularly watch while growing up, I realized that television also has something interesting going on at any given time of the day for people of all ages. From cartoons for children, news for those who would like to stay updated at all times, daily soaps doubling up as a diversion and a temporary break from one’s hectic life, music, and movies for ardent fans and aficionados, to hobby-related channels, television is one medium that can reach and connect with people across all demographics. Even with content easily available on OTT platforms or smartphones, I would still opt for watching a movie or a show on TV, especially if my family is around.”

Aasif Sheikh of Bhabiji Ghar Par Hai comments, “Television I feel is to date is the most popular audio-visual medium of communication. And, I am so glad to be a part of this ever-evolving and challenging industry. When I was younger, I did not think I would end up becoming an actor but, watching movies and shows got me thrilled as I realized that one person had the opportunity to live lives of different characters on-screen. When I got my first role as Prince Ajay Singh, I knew that it would be unforgettable but, what I went on to realize much later was that it was India’s first TV serial. After that, I did branch into theatre and films as well, but what I realized is – Jo baath TV mein hai, woh kisi aur mein hai hi nahi. My relationship with television is beyond compare and the excitement and eagerness to do more and more is only growing with every passing day. To date, while shooting as Vibhuti Narayan Mishra, I get a chance to entertain my fans with other characters as well like the one inspired by The Godfather, Joker, to name a few.”

Gracy Singh of Santoshi Maa Sunaye Vrat Kathayein concludes, “The first time I saw myself on the television, I was filled with mixed emotions. I was worried, happy, excited, and more importantly, nervous to see how my family and friends would react. While I have gone on to play many roles and portray various characters from then, Dinky I would say made me a household name. It was the genesis of my career and no doubt I had movies that followed and helped me gain popularity, but television will always be dear to me and remind me of my humble beginnings. I know the newer generation may choose their smartphone over television, but there are those on the other hand who to date rely on the television for their source of education, information, entertainment, and relaxation. And as I continue shooting as Santoshi Maa that comes on television, I on World Television Day, promise to continue working hard and reaching out to my fans via the television.” 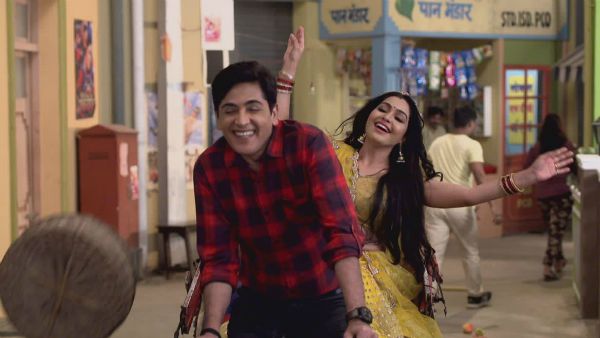