Vijay Sethupathi is one of the most popular actors in the Tamil film industry. The actor surprised everyone with his acting talent in films like Super Deluxe, Vikram Vedha, 96 and so on.

After delivering back-to-back successful films, Vijay is on cloud nine and filmmakers want to cast him in their upcoming projects. But do you know there was a time when the actor was not even considered as junior artists?

When Vijay Sethupathi Got Rejected For Junior Artist Role

Ahead of the release of Mani Ratnam’s Chekka Chivantha Vaanam, Vijay Sethupathi revealed that he once got rejected for a junior artist’s role. Speaking about the incident, Vijay Sethupathi told The News Minute, “I am unable to believe how I’ve travelled in cinema thus far — from an ordinary guy to — this stage. I was even rejected for a junior artiste role.”

Vijay Sethupathi On His Unbelievable Journey

In an interview with TNM, Vijay stated that his focus was not on being a star but to be a complete actor. He said, “I don’t even know if I am worth the love of people. I don’t focus on being a star. I think stardom is just a perception of people. Also, when I do a role, I become the character. Natural acting is what I’ve done on screen. I have never shied away from experimenting with multiple characters. Never did I opt for any particular style.”

Vijay Sethupathi will next be seen in Vijay-starrer Master, directed by Lokesh Kanagaraj. The actor will be seen playing the antagonist in the film, which also stars Malavika Mohanan and Andrea Jeremiah in key roles. Master is one of the most-awaited films of the year and was supposed to be released on April 9, but due to the lockdown, it got postponed.

After Master, Vijay Sethupathi will be seen romancing Nayanthara and Samantha Akkineni in Vignesh Shivan’s romantic-comedy, Kaathu Vaakula Rendu Kaadhal. He is also making his Bollywood debut with Aamir Khan-starrer Laal Singh Chaddha, which is the remake of Tom Hanks’ Hollywood film, Forrest Gump. The film also stars Kareena Kapoor Khan, and it is being helmed by Secret Superstar director Advait Chandan. 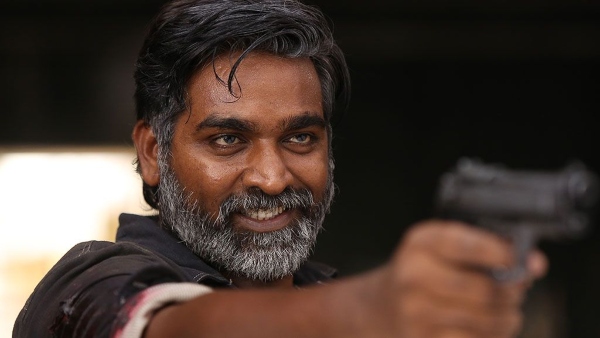