We Are Spoilt For Life: Saiyami Kher On Working With Anurag Kashyap For Netflix Film Choked

We Are Spoilt For Life: Saiyami Kher On Working With Anurag Kashyap For Netflix Film Choked

Saiyami Kher, Roshan Mathew and Anurag Kashyap are currently waiting for the release of the Netflix film Choked. During an interview with IndiaToday, Saiyami released she was not used to Anurag’s direction style and is now spoilt for life.

Saiyami revealed that she is used to rigorous training and acting workshops before the shooting begins, but it was different when working with Anurag Kashyap. During the interview with a web portal, she recalled Anurag telling her, “tum actor log bahut seriously lete ho sab kuch. Itna complicated nahi hai, bahut simple hai, set pe aa jaao” (You actors take things very seriously, don’t worry everything is very simple just come to the set).

Anurag’s Style Of Directing Was Unusual For Saiyami

She also revealed to have worked with co-star Roshan Mathew, before they went for the shoot, because she wanted to do her homework right. “Roshan and I would secretly meet to rehearse the scenes so that everything would go well on sets. But then, after the scene would end, AK would not say cut. The camera would keep on rolling and Roshan and I would improvise, and those are the bits AK would like the most.”

Anurag Believes In Himself As A Filmmaker

She believes Anurag is a confident filmmaker and his hatke style of filmmaking has them, “spoilt for life”. She added, “I guess, more than the actors, he’s confident about himself ki main karwa lunga.”

Learning Anurag’s filmmaking style felt like work to Saiyami, to Roshan it meant freedom. He told India Today, “He (Anurag) isn’t someone to come on sets with a set idea. And I believe that’s the aspect of filmmaking he loves the most – the fact that you can go with the flow.”

The film Choked, reportedly follows the life of a middle-class married couple. While Sarita Pillai, played by Saiyami is a bank employee, her husband Sushant Pillai played by Roshan, is a jobless couch potato. The trailer shows the husband and wife having a fun chemistry when Sushant complains of having to eat aloo ki sabzi every day, she says,”aloo ko aloo hi khilaungi, paneer khana hai toh paneer bano”.

The official synopsis reads, “A bank employee who is struggling to pay the bills finds a secret source of seemingly unlimited cash in her home.” Choked is all set to release on June 5, 2020, on Netflix. 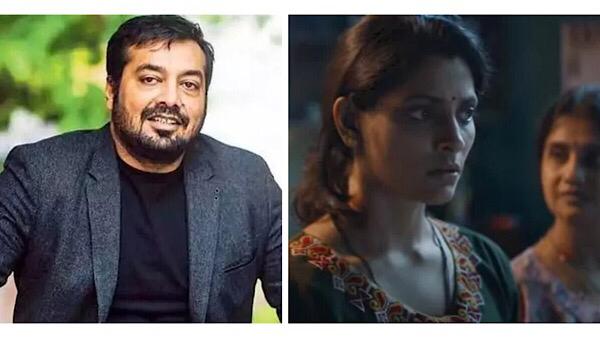