Vijay Fails To Grab The Top Spot In Biggest Birthday Trends In India; Jr NTR Holds The No 1 Spot

Vijay Fails To Grab The Top Spot In Biggest Birthday Trends In India; Jr NTR Holds The No 1 Spot

Vijay turned 46 yesterday, and as expected, a galore of wishes poured in for the star from fans and celebrities of the tinsel down. To mark his birthday, fans of the actor started trending the hashtag #HBDTHALAPATHYVIJAY as a special gift to Vijay, which has now bagged the third sport on the list of biggest birthday trends in India. Surprisingly, the hashtag could only garner 10.5M tweets on his special day, which is indeed very less for an actor like Vijay who has a huge fan following down south.

The reason why the actor failed to make it to the top rank is that another Thalapathy birthday hashtag, with the wrong spelling, was also trending with the actual one. Also, Ajith’s hashtag #NonpareiThalaAjith, which was trending on Twitter might have hindered the fans from moving towards their targeted mark. Well, Jr NTR has retained his first spot with a whopping number of 21.5M for hashtag #HappyBirthDayNTR. Power Star Pawan Kalyan, who is currently busy with his comeback movie Vakeel Saab, is on number two position with 10.51M tweets for #HappyBirthdayPawanKalyan.

Interestingly, Thala Ajith, who shares a cordial relationship with Vijay despite being professional rivalries, has earned 8.43M and is on the fourth position for #HBDDearestThalaAJITH. The charming actor of the south, Mahesh Babu has taken the fifth spot on the list with 8.3M tweets for the hashtag #HappyBirthdaySSMB. Pawan Kalyan’s yet another birthday hashtag, #HBDJanaSenaniPawanKalyan has garnered 7.4M tweets. Mahesh Babu’s another hashtag #HBDSuperstarMAHESH is on the seventh rank, which had used 4.5M times. Baahubali star Prabhas has taken the eighth position with 4.2M tweets in his name, as the fans trended his birthday hashtag #HappyBirthdayPrabhas.

Meanwhile, Vijay is awaiting the release of his upcoming venture Master. Helmed by Lokesh Kanagaraj, the thriller is bankrolled by Xavier Britto under XB Film Creators in Association with Seven Screen Studio. 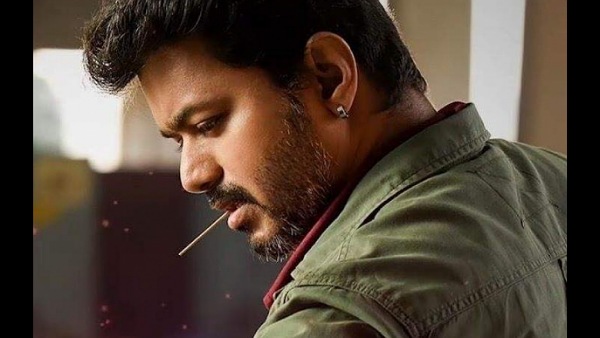 Also Read: Master: Makers Of Vijay Starrer Release A Unique Poster Ahead Of His 46th Birthday