Valimai: Here Is An Official Update On The Thala Ajith Starrer From The Producer!

Valimai: Here Is An Official Update On The Thala Ajith Starrer From The Producer!

Valimai, the Thala Ajith starring action thriller is currently delayed due to the all India lockdown and coronavirus threat. The fans of the Ajith have been disappointed with the makers of the project, as there was no official update about the project even on the actor’s birthday. However, producer Boney Kapoor has finally made an interesting revelation about Valimai.

In a recent interview given to a leading magazine, the producer finally opened up about the current status of the H Vinoth directorial. ‘Valimai is a big action film that stars Ajith Kumar. It happens to be the 60th film of the actor. Around 50 percent shooting of Valimai is completed‘, revealed Boney Kapoor.

The producer’s revelation came out as a great relief for the Thala Ajith fans and cine-goers who were anxious about the current status of Valimai. If the reports are to be believed, the team refrained from revealing the first look poster of the movie on Ajith’s birthday, as the actor has instructed the team to not reveal any updates until the world comes back to normalcy.

According to the latest updates, the Spain and Morocco schedules of Valimai have been canceled due to the coronavirus threat. Initially, the team was planning to shoot all the major action sequences in the film, including a high voltage racing scene at the various locations of these countries. But now, these portions will be shot in India, once the lockdown comes to an end.

Ajith Kumar is appearing in the role of a police officer once again in Valimai, which marks his second collaboration with both director H Vinoth and producer Boney Kapoor. Yami Gautham and Huma Qureshi, the popular Bollywood actresses appear as the female leads in the project. Valimai is expected to hit the theaters in Summer 2021, mostly in May on the occasion of Ajith’s 50th birthday. 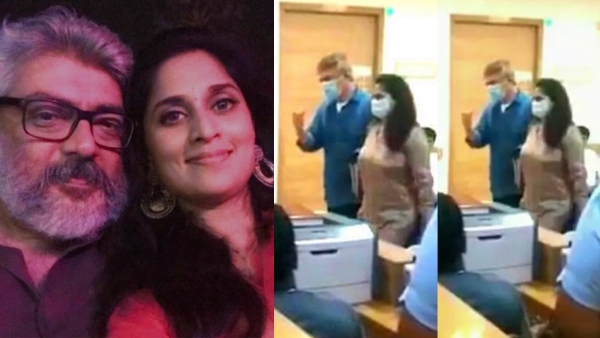