Actress Soha Ali Khan took to her Instagram handle to wish her brother Saif Ali Khan, who is going to become a father for the fourth time. Saif and Kareena Kapoor Khan announced that they are expecting their second child.

Soha made a meme of her brother Saif sitting with a thoughtful look on his face, and wrote ‘The Quadfather’, as a play on the classic Hollywood film, The Godfather. Soha shared this post with the caption, “Coming soon!! Couldn’t resist! Congratulations @kareenakapoorkhan be safe and healthy – and radiant as ever.”

On Wednesday, Saif and Kareena, said in an official statement, “We are very pleased to announce that we are expecting an addition to our family.”

When the news hadn’t been confirmed yet, Kareena’s father Randhir Kapoor had said in a statement to Times of India, “I hope it’s true and if so, I would be very happy. Doh bachche toh hone chahiye (One should have two children) to give each other company.”

The power couple had their first child, Taimur Ali Khan, on December 20, 2016. Taimur has become a celebrity in his own right. The cherub is loved by the media and the paparazzi which has led his fan pages to have a keen social media following.

A while back, Kareena had shared during a media interaction that she and Saif were indeed looking to expand their family.

Talking about work, Kareena will next be seen in Advait Chandan’s Laal Singh Chaddha, a Hindi remake of the Hollywood film Forrest Gump. She will share screen space with Aamir Khan. The film was scheduled for release during Christmas this year, but may now be delayed by another year. 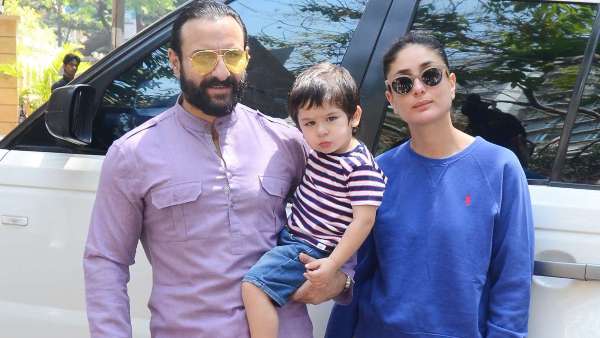