Shilpa Shinde Says Gangs Of Filmistan Makers Lied To Her; Is She Quitting The Show Because of Sunil?

Shilpa Shinde Says Gangs Of Filmistan Makers Lied To Her; Is She Quitting The Show Because of Sunil?

Gangs Of Filmistan is all set to go on air today (August 31, 2020), and fans are happy to watch their favourites Shilpa Shinde and Sunil Grover, for the second time on small screen. But looks like the show has landed into trouble even before its launch! Shilpa is planning to leave the show! The actress claims that the makers of the show lied to her and are torturing the artists by making them work overtime.

Is Shilpa Quitting GOF Because of Sunil?

The Bhabi Ji Ghar Par Hain actress was quoted by ETimes Now as saying, “I had mentioned first only that I will do the show on one condition that I don’t want to work with Sunil Grover. This was my first term but they lied to me that no he is not there in the show. Later, I learnt it from outside that he was part of the show. I questioned them so they revealed the entire cast to me, I was happy then. They again told me he has nothing to do with your part, he will be doing something else. However, he soon joined us in the gags. When he is around, you can’t do anything. He takes over the entire act.”

‘We Are Never Given Scripts & Our Gags Get Destroyed’

She further said, “We are never given scripts, our gags get destroyed and we don’t get to perform at all. I am not making a comeback to stand behind in the crowd and clap. They are claiming it is Shilpa’s comeback and what am I doing standing behind. I am raising these points so that the production house takes a note of it and works on it. These will help all the artists to perform better and in a healthy environment. Even I want to do the show, but just think about my fans who will be watching me after two years, they will be disappointed as I am not at all seen in the show. How can I term it as my comeback show.”

Shilpa claimed that whenever they asked for their scripts, they would say either they are not ready or they are not in the gag. She also added that when they are a part of the gags and try to improvise in the act, they are asked not to say much!

The actress said that she is not here to work like this after giving so many years to the industry. She added that while returning from the show, a police guard stopped and asked from where is she coming at that time (11.20 pm after wrap up). She also added that the police asked if she was partying, which left her in shock.

Shilpa Spoke To The Makers

Shilpa further said, “I have spoken to Preeti Simoes and have shared my grievances. They are looking into it and want me to stay back. Now, let’s see what they want to do. But I am not happy with the way things are happening. Everyone has worked hard on the show and I don’t want to jeopardise anyone’s efforts. If tomorrow, I don’t want to be a part of the show, I want it to happen amicably and on a happy note.” 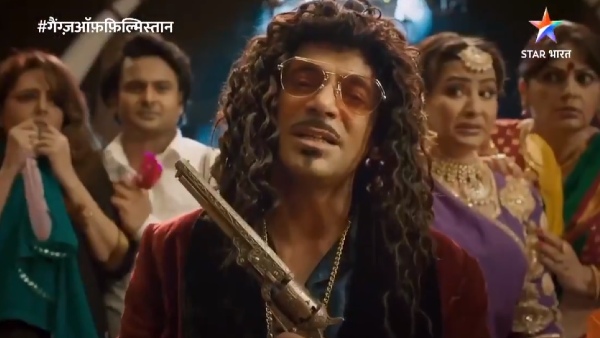 Also Read: Sunil Grover & Shilpa’s Gangs Of Filmistan Promo Out; Here’s What You Can Expect From First Episode