Shekhar Suman On Akshat Utkarsh’s Suicide: They Won’t Waste Time On Him, He’s Not Going To Get TRPs

Shekhar Suman On Akshat Utkarsh’s Suicide: They Won’t Waste Time On Him, He’s Not Going To Get TRPs

Akshat Utkarsh, who was a struggling actor, committed suicide in Mumbai’s Andheri area on September 27, 2020. Apparently, Akshat was depressed due to lack of work. However, his family dismissed the depression narrative and claimed that the actor was murdered. Bollywood actor Shekhar Suman, who has been demanding justice for Sushant Singh Rajput’s death, has now reacted to Akshat Utkarsh’s suicide.

The actor wonders if media would take up this topic as Akshat was a struggling actor and was not going to get them TRPs. Other actors like Ronit Roy, Karanvir Bohra and Iqbal Khan have reacted to Akshat’s death.

Shekhar Suman was quoted by Spotboye as saying, “Another inexplicable but enormous tragedy and yet again he was from Bihar. It’s the pressure of the times that we are living in further pressurized by a demanding industry. The family suspects foul play but I wonder if the media is going to take up this matter as he was a struggling actor not a celebrity with no pretty girl friend in tow. He is not going to get you TRPs on primetime so they wouldn’t want to waste their time on him, as there is nothing to sensationalize here.”

Ronit said, “One million people die by suicide every year. In 2020 the number is set to rise to 1.5 million. The reasons range from poverty, bullying, shaming, to impulsiveness due to substance abuse, to marital discord to debt to traumatic stress caused by various types of failure, to feeble and fragile mental health. Since I do not possess enough education, wisdom or wherewithal to correct these errors socially or medically I choose to refrain from empty commenting.”

Karanvir Bohra said that due to the pandemic everyone is in financially tight situation as 50% television production houses have stalled work. He added that most badly hit are the actors as the pandemic has made them lost hope. He added that TV actor and technicians are starving and this needs to be addressed. He feels that the thinking needs to turn to positivity and hope.

On the other hand, Iqbal Khan told the portal that these tough times are not only for TV industry but a lot of people have lost their job. He added that nothing is hand but one needs to have faith in creator and remember that this too shall pass.

He further added, “TV industry has only helped add jobs in the already existing industry. So the root cause is not tv or anything else. It’s also about validation these days due to social media. One needs to be very clear and confident about one’s abilities.” 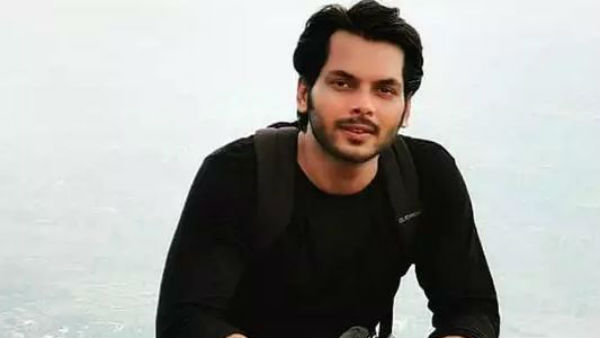