Actor Sanjay Dutt has reportedly been diagnosed with stage four lung cancer. On August 8, the actor was admitted in Mumbai’s Lilavati hospital after he complained of breathlessness and chest discomfort. He later tweeted that his test for COVID-19 was negative. Dutt was discharged from the hospital on August 10.

A Hindustan Times report quoted a source as saying, “When he (Sanjay) was taken to the hospital, he was low on oxygen saturation. But when his COVID-19 report came negative, he ran cancer analysis and it came positive.”

As soon as the news of Dutt’s cancer diagnosis broke, fans and celebrities took to social media to pray for his speedy recovery.

Ritiesh Deshmukh wrote, “Get well soon Baba. We love you. Our prayers are with you for your speedy recovery.”

Sanjay Dutt’s Daud co-star Urmila Matondkar shared an old picture of them from the film and captioned it as, “Such an upsetting n horrible news that @duttsanjay has been diagnosed of lung cancer..but then again he has been such a fighter all his life.. here is wishing him a speedy recovery #prayersforspeedyrecovery #getwellsoon.”

Adhyayan Suman tweeted, “Sanju sir diagnosed with lung cancer 🙁 #sanjaydutt get well soon sir this year why u doing this?”

Earlier, Sanjay Dutt Had Announced His Sabbatical From Work With A Statement

The actor issued an official statement which read, “Hi friends, I am taking a short break from work for some medical treatment. My family and friends are with me and I urge my well-wishers not to worry or unnecessarily speculate. With your love and good wishes, I will be back soon!”

According to reports, the Kaante actor will be flying to the US for medical treatment. A close friend of the actor told Bollywood Hungama, “Baba is devastated. He has little children. Fortunately, they are in Dubai right now with their mother. But breaking this awful news to them would be an ordeal.” 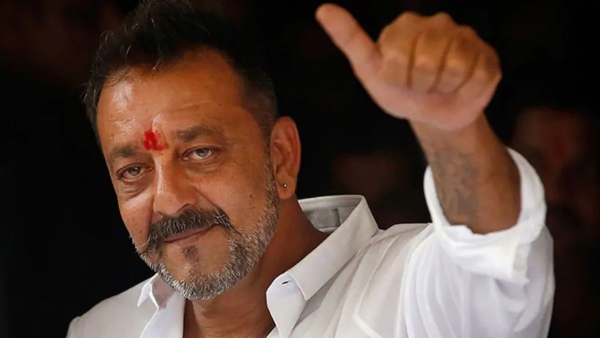 ALSO READ: Sanjay Dutt Diagnosed With Stage 3 Lung Cancer: To Fly To The US For Treatment