Sana Khan On Being Trolled By Netizens For Marrying Mufti Anas: I Don’t Care

Sana Khan On Being Trolled By Netizens For Marrying Mufti Anas: I Don’t Care

Actress Sana Khan shocked everyone in October 2020 by announcing that she is quitting the showbiz industry to “serve humanity and follow the order of my Creator.” On November 20, 2020, the former actress again surprised her fans by marrying a Surat-based businessman, Mufti Anas. After getting married to the businessman, Sana had got trolled by netizens for her decision. Recently, the actress finally opened up about social media trolling on her marriage.

Sana Khan On Being Trolled By Netizens After Marriage

In an interview with Times of India, Sana Khan expressed her anger over people’s nasty comments on her Instagram handle. The former actress said, “People trolled me and wrote nasty comments on my Insta handle. That’s so distasteful. They did that because I decided to quit the industry and lead my life in a certain way. Well, how does my marriage concern anyone? I did not get married for these trolls. My husband is a good man and I find him good-looking, maybe you don’t. I don’t care.”

When the news portal asked Sana’s husband Mufti Anas about her decision to quit showbiz, he said, “I have never forced her to lead life in a certain way. She announced on Instagram around six months ago that she has taken hijab. People thought that it’s because of the pandemic and no work, but she always wanted to detach herself from what she was doing. I wanted her to give it some time, but she was certain. In fact, I was shocked, too, when she announced that she was quitting the industry.”

Sana Khan On Her Decision Of Marrying Mufti Anas

The Bigg Boss 6 contestant said that marrying Mufti Anas was not an overnight decision. While speaking about what made her decide to say ‘Yes’ to the businessman, Sana Khan said, “I have prayed for years for a man like him in my life. What I liked best about him is that he is shareef and unn mein haya hai. He is not judgmental. He had said this to me, ‘Agar koi achhi cheez gutter mein gir gayi hai toh uske upar aap 10 baalti bhi paani daal do, woh saaf nahi hoti hai. Par aap usko gutter se baahar nikaal kar ek glass paani daal do, woh saaf ho jaati hai’. That had a lasting impact on me.”

Sharing about her family plans, Sana Khan said, “My husband wants me to take time, but I definitely want to become a mother soon.”

Talking about Sana Khan’s acting career, the former actress has featured in some popular Bollywood films like Jai Ho, Toilet: Ek Prem Katha, Wajah Tum Ho and so on. She was also one of the finalists of Bigg Boss Season 6. 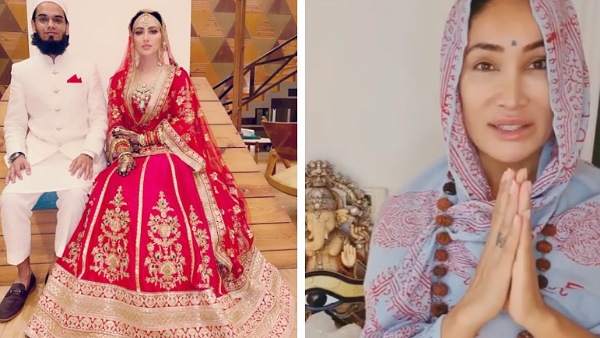 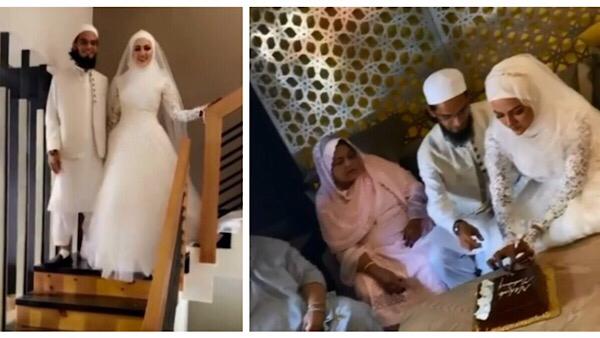