Preksha Mehta’s Suicide: Actress’ Close Friend Says She Has Left Them With Many Questions!

Preksha Mehta’s Suicide: Actress’ Close Friend Says She Has Left Them With Many Questions!

Crime Patrol actress Preksha Mehta’s suicide shocked the television industry. Apparently, Preksha was depressed due to lack of work and took the drastic step. The actress had also left a one-page suicide note, in which she had said that she tried to stay positive in these difficult times but couldn’t. However, she hadn’t mentioned any specific reason for taking extreme step. Preksha’s close friend Aatm Prakash Mishra, who is also an actor, told Spotboye that he doesn’t believe that she committed suicide because of lack of work.

Aatm Prakash Mishra revealed to the portal that Preksha was his junior from drama school in Bhopal and they knew each other from last one and a half year. They were always in touch. He also said that just a week ago, they spoke over the phone and she was sounding alright.

When asked as to why he thinks she took this drastic step, he said, “I really don’t know but the kind of person she was, I could never believe she can give up on life so easily. Not only me but all our common friends and colleagues are in shock. She was the one who used to always feel motivated even in others’ achievement. She was a very positive soul and strong headed person. If she has ended her life, you can imagine how strongly she must have convinced herself to not speak to anyone about it.”

Preksha Was Not Out Of Work

He also added that Preksha was not out of work and her film, Sakkha was supposed to release, but got delayed due to the lockdown. But he feels that this cannot be the reason for her to commit suicide. He further said that Preksha was doing good in theatre from last four years. She had also been part of Crime Patrol, but that was not her only identity. He added, “I really don’t agree that she killed herself due to her career. And I really want people to know this.”

‘She Left Us With A Lot Many Questions In Our Mind’

When asked what according him could be the reason for her extreme step, he said, “There can be multiple reasons. Due to lockdown everyone is stressed about their work and economy but that doesn’t mean one will commit suicide. She was staying with her family right now and we don’t know what all was going in her mind which made her take such a step. She comes from a decent family and had many friends so aisa bhi nahi tha vo akeli thi. She was also not struggling for survival. She left us with a lot many questions in our mind and I am really upset with her for doing this. I wish she could have discussed with me; I would have not let her go.”

She Was Managing Herself Quite Well In Mumbai

Aatm Prakash also revealed that when he last met her in the first week of March, she had returned from a shoot in Goa and was very happy. He also added that she had discussed a lot of projects with him. The actor felt that Preksha was managing herself quite well in a city like Mumbai. 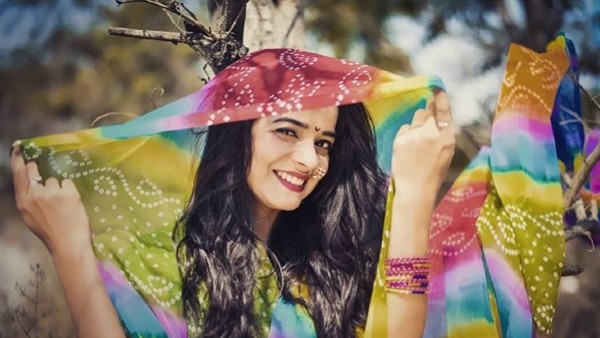