Pamela Anderson built an entire career out of playing CJ Parker in the hit TV series Baywatch. The show revolves around lifeguards who patrol the beaches of Los Angeles County, California and Hawaii. In 2017, the iconic show was adapted for the big screen in the form of Baywatch movie. The film stars Dwayne Johnson and Zac Efron. Bollywood actress Priyanka Chopra essays the role of the villain.

Recently, on Watch What Happens Live With Andy Cohen, Pamela Anderson gave a shocking response when asked about the Baywatch film.

Anderson, who had a cameo appearance along with former Baywatch co-star David Hasselhoff in the 2017 movie, said that she didn’t like Baywatch film.

The Reason Why Pamela Anderson Didn’t Like Baywatch Film

She revealed, “Let’s just keep the bad TV as bad TV. That’s what’s charming about Baywatch, you know? Trying to make these movies out of television is just messing with it.”

“USD 65 million would make a good movie. We made our show for like USD 5,00,000– you have the same explosions, the same sequences of water. That’s the fun part; being creative,” said the Hollywood actress.

The Baywatch Film Was Heavily Panned By The Critics

While the movie was a box office hit, it was heavily panned by the film critics. The movie also featured Alexandra Daddario and Kelly Rohrbach, who played Anderson’s character. 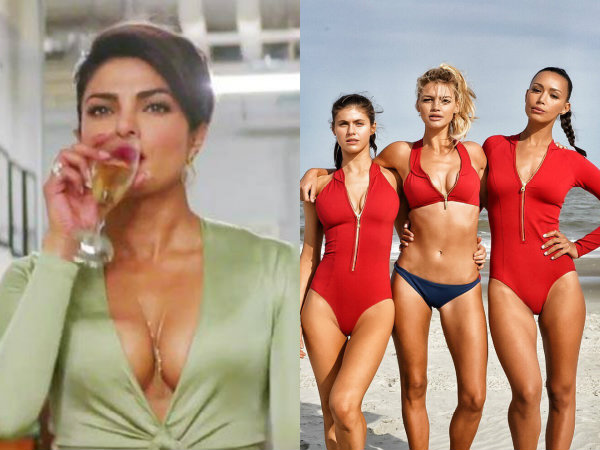