Soon to become a cult ‘classic’ in its own right, Amazon Prime Video’s latest release Paatal Lok is all anyone seems to talk about these days. And such is the gripping plot accompanied by some power-packed performances and hard-hitting dialogues that one really can’t blame them. Gaining accolades from filmmakers, critics and audiences alike, the creators of the show have made a phenomenal story that talks about the dangerous underbelly underneath all the superficial glitter of the world that we live in. What sets this crime-thriller apart is how it reflects the spitting reality of our morally grey society making us question everything we believed in.

Here are four times when Paatal Lok got so real that it shook us to our core!

Heroes Are Not Just Heroes

The excellence in the personality of the lead characters Hathiram Chaudhary (Jaideep Ahlawat) and Sanjeev Mehra (Neeraj Kabi), lies in their morally grey shades along with them grappling through existential troubles. While Hathiram is just another Dharti Lok mortal trying to shatter his own mediocrity and seek redemption from his tag of a failure, Sanjeev, on the other hand, puts on a facade of fake confidence in an attempt to hide his own shortcomings. The resemblance to their characteristics is as close and real as things could possibly get which is what makes them stand out and make a mark in this remarkable crime thriller.

A Knock On The Indian Mentality

The gripping series traverses through various themes throughout its nine episodes. From Dalit compromises, to Muslim minority differences, classism, patriarchy, bigotry to so much more. Having seamlessly touched upon so many topics that one can see in a diverse country as India, the series makes you see the society and the mentality of each individual in a whole different light. Throwing light on how the culture has been deeply corrupted with demonic and selfish intentions, Paatal Lok makes one realise that we are no different than these characters on-screen.

Faith Can Be Fatal

If there’s one thing that someone can take away from the show is that if you’re blinded by faith, that can be a dangerous place to be. Faith in religion, Godmen, institutions, powerful and influential beings, much like in real life, can be absolutely menacing and have a devastating effect. Few are able to sail these testing waters, for it’s only the ones who don’t sink who reign supreme.

A Chapter Into Violence

Stories from the hinterlands have always been portrayed as rustic and noir-esque. Although, none have showcased or had the audacity to keep the portrayal of violence as raw and bold as Paatal Lok. The series left no page unturned to keep it real making it one clearly not for the faint hearted. But where the show manages to strike bullseye is its depiction of violence and sheer brutality being so much more than physical.

The neo-noir series that tells a story about a jaded Delhi cop trying to solve an attempted assassination, rises as a much-needed suspense thriller that serves as the perfect wake-up-call to realize the things going around us. Paatal Lok is streaming now, exclusively on Amazon Prime Video. 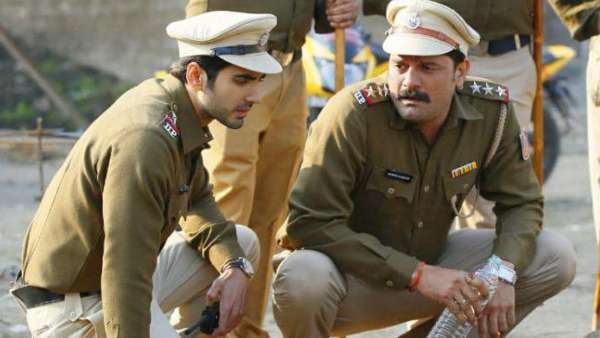