Indian Idol judge Neha Kakkar is all set to get married to singer Rohanpreet Singh. The pre-wedding festivities have begun and the first pictures from Neha’s mehendi ceremony has gone viral on social media.

In the pictures, Neha can be seen sitting on a couch in a black dress as she gets her mehendi done. The singer looks radiant at her mehendi ceremony.

A few days ago, the couple’s music video ‘Nehu Da Vyah’ was released and many doubted if the wedding rumours was for publicity. But Neha ended the speculations by sharing a video from their roka ceremony.

At the roka ceremony, Neha looked gorgeous in a pink shimmery outfit while Rohanpreet wore a peach and white colour kurta. The couple was seen all smiles and walked hand-in-hand as the dhol played in the background. They also danced their hearts out at the ceremony.

Also, their wedding invite of the singers had gone viral on social media. According to the invite, the couple is tying the knot on October 26, 2020 followed by the reception in Punjab. However, it is being said that the duo will tie the knot on October 24 in a grand ceremony in Delhi.

Stay locked to this space for the latest updates! 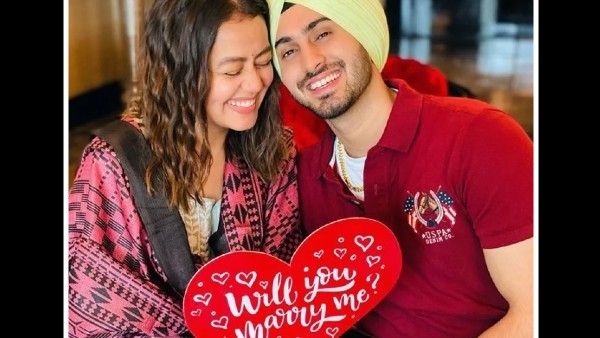 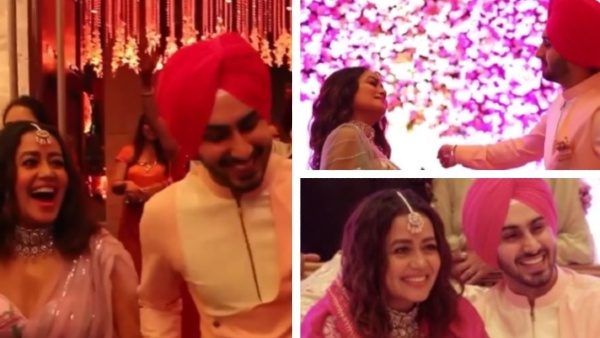 Also Read: Neha Kakkar And Rohanpreet Singh Dance Their Hearts Out At Their Roka Ceremony