Natasha Suri Tests Positive For COVID-19; Is Sad That She Won’t Be Able To Promote Dangerous

Natasha Suri Tests Positive For COVID-19; Is Sad That She Won’t Be Able To Promote Dangerous

Natasha Suri, who is gearing up for the release of her upcoming film Dangerous, that also stars Bipasha Basu and Karan Singh Grover, has tested positive for COVID-19. The actress is sad that she won’t be able to participate in the film’s promotion.

The actress was quoted by BT as saying, “Around six days ago, I had gone to Pune for some urgent work. After I came back, I fell ill and had fever, sore throat and weakness. I underwent a test three days ago, which came positive. Currently, I am in home quarantine. I am on medication and also taking immunity boosters.”

Natasha told IANS, “I think I passed on the virus to my sister Rupali and my granny too. They have also been unwell. But the good part is, we are all recovering gradually. Anyway, I and my folks are recuperating and will be fit and fine soon by God’s grace. Right now, I’m feeling physically weak and exhausted, but mentally I am upbeat and looking forward to the audience’s feedback and reaction to my film.

Although she is sad that she won’t be promoting the film, she is excited about the project, sharing screen space with very good actors and working with such a great team.

Dangerous is about a young entrepreneur, whose wife is kidnapped, and his ex-girlfriend is sent to investigate the case. The film is directed by Bhushan Patel and will be releasing on August 14, 2020 on MX Player. 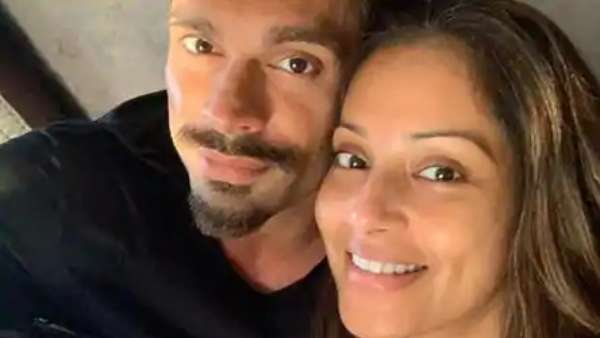