After trending for weeks and dropping hints for fans, the American singer and songwriter Miley Cyrus has finally dropped her first single in a while. The song titled, ‘Midnight Sky’ was released alongside a music video which is also directed by Miley.

Miley’s last full-length album, Younger Now had released in 2017. Since then, she has released two EPs- She Is Coming in May 2019, followed by Slide Away. She was also set to release ‘She Is Here’ and ‘She Is Everything’, before dropping her full-length ‘She Is Miley Cyrus’. The singer is yet to reveal if the LP is still in making. Meanwhile, she also features in a song for Charlie’s Angels song ‘Don’t Call Me Angel’ with Ariana Grande and Lana Del Rey, and appeared as a fictional singer in Black Mirror, in which she played ‘On A Roll’.

Coming back to ‘Midnight Sky’, The song’s lyrics go as, “It’s been a long night and the mirror is tellin’ me to go home/ But it’s been a long time since I’ve felt this good on my own/ Nine years went by with my hands tied up in your ropes/ Forever and ever, no more.” The self directed music video has Miley crooning seductively in a neon disco while in another setting, she is surrounded by colourful gumballs. Take a look:

Meanwhile, Miley has also been in the news for her split from boyfriend Cody Simpson after being together for less than one year. The duo got together after Miley’s split with husband Liam Hemsworth in 2019. Sources had told TMZ, the reason behind their split is unclear at the moment. Miley and Cody have been close friends since 2015 while appearing on a show he had deemed Miley as ‘the coolest girl I’ve ever met here in LA.’ 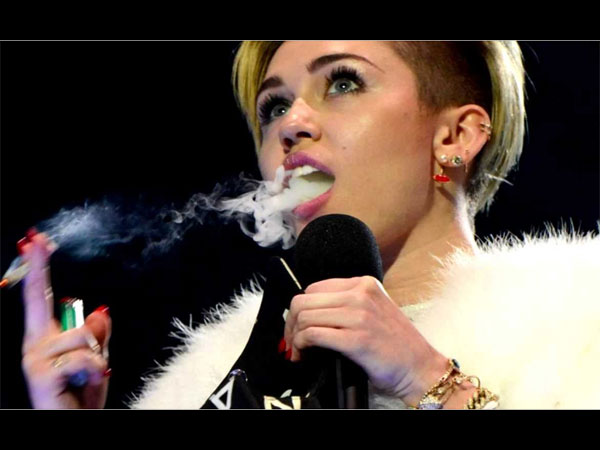