In her latest Twitter post, actress Maanvi Gagroo slammed a clothing brand for using her picture in their advertisement and promoting the outfit worn by her as ‘styles to hide your curves’. Maanvi called out the distasteful advertisement and tweeted, “I didn’t wear this dress to ‘hide my curves’. Not only does the brand NOT have my permission to use my picture as a sponsored post, they definitely don’t have my permission to fat shame ANYONE! I stand against everything this distasteful tagline points to.”

Many netizens reacted to Maanvi’s post and lauded the actress for taking a stand against fat-shaming. Here’s what they have to say..

@agabaai: “They should totally be taken to court. This is inexcusable.”

@Anjali29: “Sadly such companies are still claiming “thin js beautiful” and still making it big despite everyone’s displeasure. Iska matlab, “everyone is not displeased”.”

@raza_amman: “Why would anyone wear a dress to hide curves. These companies have gone crazy. These rogue companies should be banned.”

@bodhisatya: “Love the way how u r being both polite as well as bang on in one single tweet..!! Kudos.”

Clearly, netizens are in awe of Maanvi’s tweet against body-shaming. 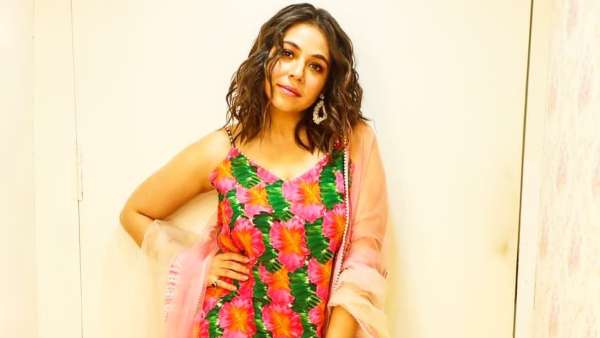 Maanvi Gagroo On Boys Locker Room: ‘Boys Will Be Boys’ Is Not Gonna Cut It Anymore

With respect to work, Maanvi recently appeared in a web series, Four More Shots Please! and prior to that, she was seen in Shubh Mangal Zyada Saavdhan and Ujda Chaman.