The insider-outsider debate on the Hind film industry has been raging on since the death of Sushant Singh Rajput. Many feel that while it is healthy to discuss the shortcomings of the industry, the debate has swung to an extreme end where there is only blame game and name dragging in play.

Kunal Khemu, who is receiving a lot of appreciation for his performance in the recent release Lootcase, shared his opinion on the debate.

“If you have box office success, you’re an insider, if not, then you’re an outsider. Then you will start going out of the door. Everybody in this business – I’ve also seen my share of it, but it stands true for everybody. Even the big superstars have had lull in their life and they have also seen this,” said Kunal, in an interview with Hindustan Times.

Adding that the debate has no relevance, he said, “The film industry hasn’t existed forever; it is made up of outsiders, by people who came from different parts of the country. It is an industry built by outsiders only.”

Talking about how he is said to have connections to the industry through his wife Soha Ali Khan, daughter of veteran actress Sharmila Tagore, Kunal said, “People will always say something or the other, that’s fine. They will always try to bring you down. I have to choose what kind of criticism I want to take. Don’t judge my work based on who I am and where I have come from or who my wife is, but if you do, it does not matter to me. All that matters is your talent and your work rest all are just noise.”

When asked what is the criteria which decides if someone is an outsider or insider to the industry, he said, “See I can’t honestly say that I am an outsider. Even though I didn’t have a filmy family or a background, I have been doing it since I was 7 and in those terms I have been an insider but still may be I feel like an outsider.”

Talking about Lootcase, the film is helmed by debutant director Rajesh Krishnan. It is a comedy thriller which also stars Rasika Dugal in the lead role, and Gajraj Rao, Ranvir Shorey and Vijay Raaz in supporting roles. 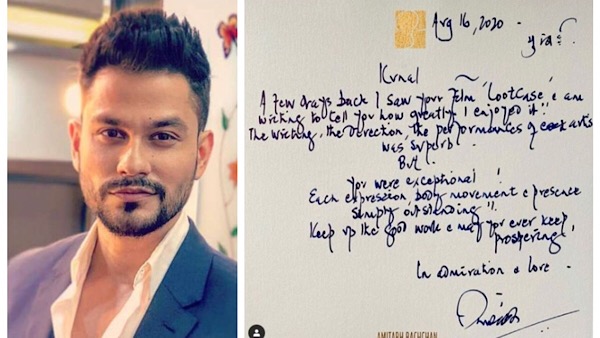