On October 26 episode of Kaun Banega Crorepati 12, Koshlendra Singh Tomar from Madhya Pradesh makes it to the hot seat with Amitabh Bachchan. However, in spite of having a good start in the game, the contestant gets stuck on a rather simple Rs. 40,000 question and ends up using three lifelines for the same.

The question which he couldn’t answer was- Who is the only Indian woman to win a silver medal in the Summer Olympics? It came with the following options- a) PV Sindhu b) Mary Kom c) Karnam Malleswari d) Sakshi Malik.

Koshlendra first used ‘Video a Friend’ lifeline but his friend was also unaware of the answer. As a result, he then went ahead and used the ’50-50’ lifeline and was left with a) PV Sindhu and c) Karnam Malleswari options. But Tomar was still not sure of the answer and opted to use one more lifeline, ‘Ask the Expert.’ Journalist Richa Aniruddh was the expert for the episode and she directed Koslendra to go with a) PV Sindhu which was the correct answer.

For the unversed, Singh was left with no lifelines at this point as he had already used ‘Flip the Question’ lifeline for an earlier question.

The next question for 80 thousand rupees was: “The Indian War of Independence, 1857” was the work of which of the following authors? The contestant didn’t know the answer and decided to quit the game as he had no lifelines in his hand. Big B then reveals that the correct answer was: Vinayak Damodar Savarkar.

Koshlendra took home Rs 40,000 which is possibly among the lowest amounts won by a contestant on Kaun Banega Crorepati in its 12th season. 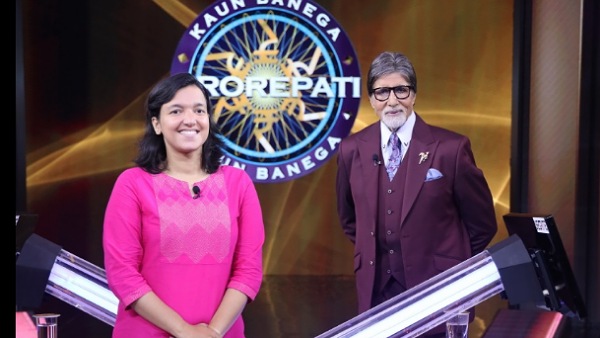 ALSO READ: Kaun Banega Crorepati 12: Ankita Singh Wants To Buy A House For Her Family With The Winning Amount