In Thursday’s episode of Kaun Banega Crorepati 12, an English teacher from Ghaziabad named Chhavi Kumar became the first contestant of the season to reach the 1 crore question. For the unversed, she was left with no lifelines and decided to quit the game. Chhavi didn’t want to risk losing it all and took home Rs 50 lakh in prize money.

The Rs 1 crore question which she couldn’t answer was: After which Greek goddess is the US space program to land the first woman and next man on the Moon by 2024 named? It came with the following options- a) Rhea b) Nemesis c) Aphrodite d) Artemis.

Chhavi was clearly stumped by the question related to the US space program and Greek goddesses. Post quitting the game, Chhavi went with her guess – option A – and it turned out to be incorrect. The right answer was d) Artemis.

However, Chhavi correctly guessed the answer to the 50 lakh rupees question. She was asked by Amitabh Bachchan, “In which language Sarojini Naidu, known as the ‘nightingale of India’, had written her famous play, Maher Muneer, in.” The options provided to her were as follows- Urdu, English, Persian and Telugu.

Despite not having any lifelines left and being unsure of the right answer, Chhavi decided to take a guess. She chose Persian which was the right.

ALSO READ: Amitabh Bachchan On 20 Years Of Kaun Banega Crorepati: It Does Seem Like The Enactment Of A Lifetime 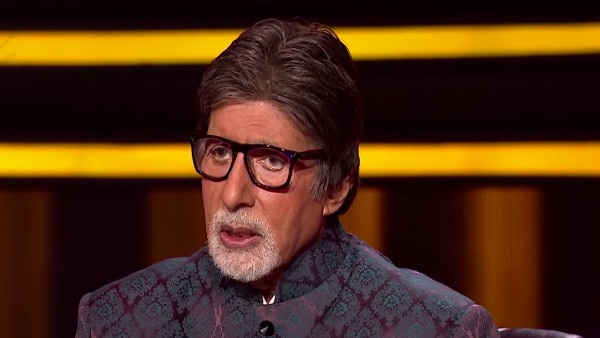