Kaun Banega Crorepati 12: Ankita Singh Wants To Buy A House For Her Family With The Winning Amount

Kaun Banega Crorepati 12: Ankita Singh Wants To Buy A House For Her Family With The Winning Amount

Ankita Singh, who hails from Bilaspur, Chhattisgarh is an Assistant Manager in Union Bank of India, will be seen participating Kaun Banega Crorepati 12. The episode will be aired today (October 19, 2020). The 30-year-old revealed that she wants to buy a house for her family with the winning amount.

Ankita is an engineering graduate who wanted to do her MBA but due to the financial condition of her family, she gave up the idea of studying and attempted banking exams. She has been working for 6 years now and is very happy with her job. Her commitment towards her profession sets an example of how one can grow in spite of all challenges on a personal front. Despite going through so much pain in her life, she has a very optimistic and pleasant attitude towards life. She considers her mother, her elder sister and herself; power & strength of each other.

Her mother was in an abusive marriage and she always wanted her mother to file a divorce against her father. Since the age of 7, she has seen her father fighting and creating a scene. Her uncle’s and aunt’s have tried a lot to help their family but her father has never taken any of his responsibilities. Because of her father never worked regularly, the family had constant financial crisis and her maternal grandfather used to help her mother.

Since childhood, she has always dreamt of coming KBC and it is on the top of her bucket list. It’s her dream to become a crorepati. With the winning amount, she wants to build a house for her family and wants to donate a part of it to a charity she has been associated with for quite some time. She also wants to educate underprivileged kids. 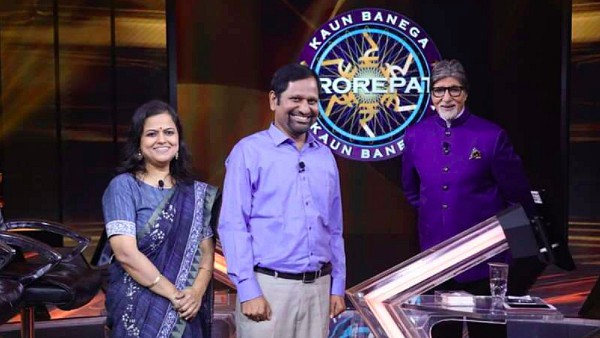