Over the weekend, star couple Jennifer Lopez and Alex Rodriguez joined the BLM (Black Lives Matter) march in Hollywood, with an estimated crowd of 50,000 people, reported dailymail.co.uk. The couple had reportedly taken into account all the protective measures given the ongoing COVID-19 pandemic.

Lopez and Rodriguez were among several celebrities who took part in the march on Sunday. The American singer was seen with her face covered with a mask and her hands covered with blue disposable gloves. She was wearing a black hoodie and leggings paired with white trainers.

JLo And Alex Holding BLM Signs At The March

Some of the other celebrities who joined the protest on Sunday were, Vanessa Hudges, Jamie Foxx, Ireland Baldwin, Kaia Gerber and rappers YG, Machine Gun Kelly and Mod Sun.

Vanessa Hudges, Jamie Foxx, And Other Celebrities Were Also At BLM LA March

The outrage and protests first began when George Floyd died last month after Derek Chauvin, a white police officer, held him down with a knee on his neck, though he repeatedly pleaded, “I can’t breathe”, and “please, I can’t breathe”. The video went viral on social media, causing many to join hands worldwide and show support in the Black Lives Matter movement. 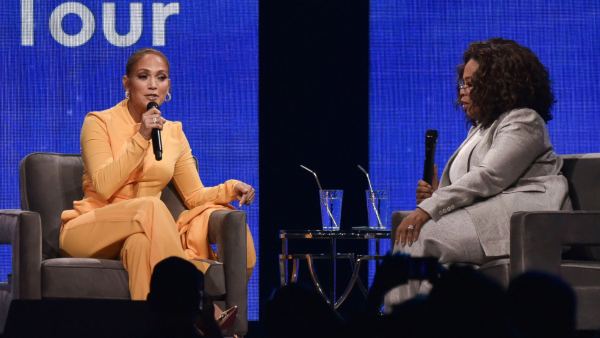 Jennifer Lopez On Oscar Snub: I Don’t Need This Award To Tell Me I’m Enough