Recently, Jasmin Bhasin was eliminated from Bigg Boss 14 house and her inmate Aly Goni was seen crying inconsolably. Post her eviction, Jasmin revealed that she has fallen in love with Aly and is ready to tie the knot this year. She has also been supporting him and urging fans to vote for him and make him win. Recently, the actress also clarified that her parents were misunderstood when they came on the show, and are okay with their relationship. But now, Jasmin’s father Surpal Singh’s statement has yet again created confusion among the audiences. 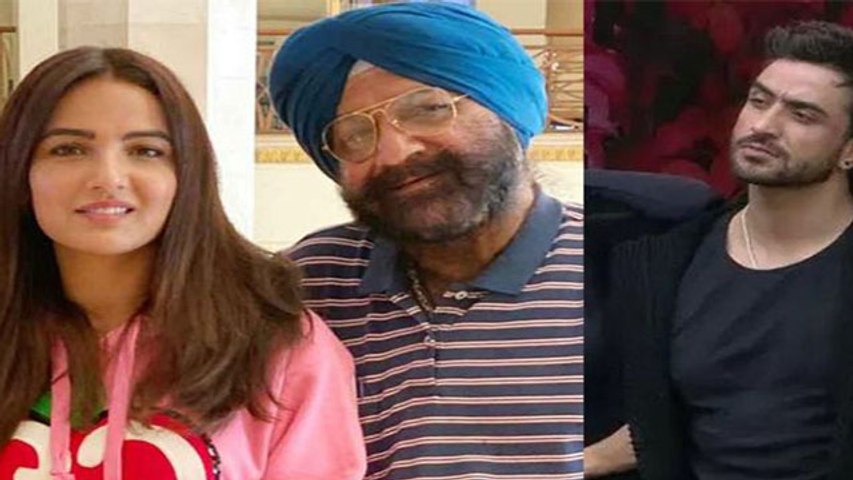 Jasmin’s Father About Her Relationship With Aly

‘This Is The Time For Her To Focus On Her Career’

About Jasmin’s eviction, he said, “She will get a lot more good opportunities. This is the time for her to focus on her career.”

Meanwhile, a video of Jasmin saying ‘I love Aly’ has gone viral on social media. The Dil Se Dil Tak actress was seen hanging out with her close friends- Bharti Singh, Haarsh Limbachiyaa, Punit Pathak and his wife Nidhi Moony Singh. They were spotted outside the restaurant, where Jasmin interacted with paparazzi and posed for selfies with fans.

Jasmin Steps Out With Friends

When a pap questioned about Aly to Jasmin, she said, “I love Aly and I want him to get the trophy” while Bharti joked and said, “I love Haarsh and mein Haarsh se shaadi karna chahti hun (I want to marry Haarsh).”

In another video, when a pap asked about Rubina, she said, “Rubina accha game kehlti hai par badi chalak hai (Rubina plays well, but she is very clever).”

Also Read: Bigg Boss 14: Will Jasmin Bhasin Re-Enter The House? Here’s What The Actress Has To Say!