Yesterday (June 18, 2020), actress Rhea Chakraborty was called to Bandra police station for interrogation on Sushant Singh Rajput’s suicide case. On June 14, Sushant hanged himself inside his room and was found dead at his Bandra residence. The actor did not leave any suicide note, but the police and post-mortem reports confirmed that Sushant committed suicide. With the ongoing investigation, Mumbai police is trying to unearth the reason behind Sushant’s suicide.

The source revealed to Pinkvilla, “In the last few months, the person who was the closest to Sushant was Rhea and they were together almost all the time. Police decided to call her first today.”

“Rhea was asked to show all the text messages exchanged between the two. Her entire phone was scanned, including all their pictures and videos together. Rhea spoke about living in with Sushant and also revealed that they were planning to buy a property as well, as revealed by their broker previously. She admitted that they did plan to get married by the end of 2020,” added the source.

Rhea was also interrogated about her alleged break up with Sushant. The source asserted, “Police asked Rhea if they had decided to break-up. It seems she informed the police how they had a fight and she left. She showed the text messages exchanged after that between her and Sushant, and also told them that they did speak over calls.”

Sushant Talked To Rhea Before Going To Sleep On June 13, 2020

As per the call records, the source further revealed, “Rhea happens to be the last person Sushant dialled before going to sleep. The actor called Mahesh Shetty first who didn’t answer and then called Rhea who also didn’t pick up the call. He went to sleep, woke up and saw Mahesh had returned the call. He called him back but it didn’t get connected.”

According to the sources, when police asked Rhea about Sushant’s behavioural changes, the Jalebi actress not only spoke about it, but also showed proof that proved how he was undergoing treatment for clinical depression.

“She also told police that there would be days when he would feel extremely low and upset. She also shared that he would refuse to take his medication and she tried to coax him to take them but to no avail,” shared the sources.

“The police questioned her about everything and her father wasn’t allowed to be present while she was being interrogated,” revealed the sources.

Now that Rhea has recorded her statement, the police are planning to call a few more people, who were in touch in Sushant in the last ten days to analyse his case diligently. 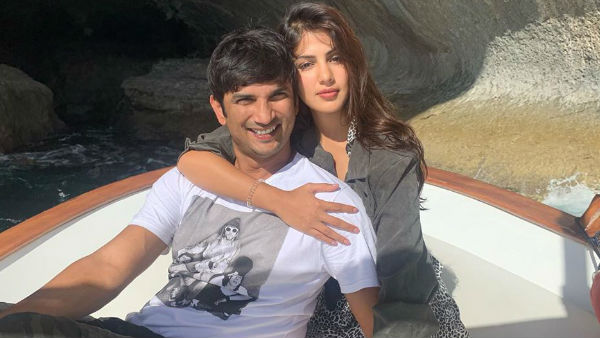 Rhea Chakraborty Never Told Me About Her Break Up With Sushant Singh Rajput: Director Rumi Jafry