Hindustani Bhau shared a video in which he revealed that after he filed case against Ekta, he started getting so many calls from people that it felt like she is running their households and seemed like she is only sending them ration. He even called Ekta, Ek thi khabootar!

Bhau added that these BIG people wanted to sit and talk with him. He clarified that he is not ready to sit and talk and wants Ekta to apologise to Indian Army as she and her mother Shobha Kapoor have insulted the Indian army.

The ex-Bigg Boss contestant also said that nobody can buy him with money and people who are making such requests should feel ashamed.

The YouTuber added that he is getting a lot of pressure and the police who is investigating it is also in pressure. He asked people to use hash tag #ektakapoorshobhakapoorindianarmysemaafimaang. Many of them supported Bhau for raising voice against Ekta Kapoor. A few even wanted ban on the series.

Ekta hasn’t responded yet to this complaint. It has to be seen how Ekta will respond to the same!

Meanwhile, a YouTube video, where an unidentified person in an Indian Army uniform was seen speaking against Ekta Kapoor’s depiction of extramarital affairs, was doing the rounds on social media. 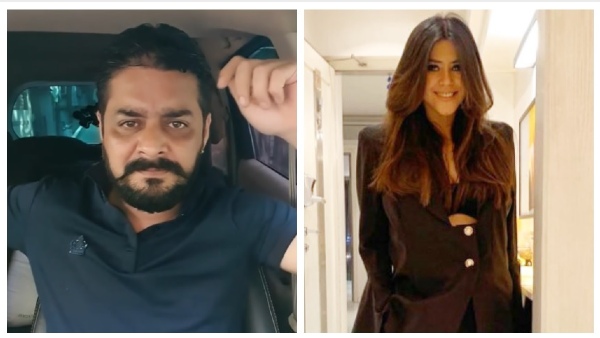