Daya Shankar Pandey has been in the showbiz industry since a long time. He made his debut in the industry in 1993 film Pehla Nasha, and was later seen in popular Bollywood films like Lagaan, Swades and Rajneeti, to name a few. He has been a part of television shows across the comedy and mythology genre. His iconic show, Mahima Shani Dev Ki is currently being aired on Dangal TV. He also plays the role of an Inspector in Taarak Mehta Ka Ooltah Chashmah. In an exclusive interview with Filmibeat, Daya Shankar Pandey spoke about the re-run and success of his mythological show. He also revealed about his upcoming projects. Here are the excerpts!

You have been in the showbiz since a long time. Your popular mythological show, Mahima Shani Dev Ki is being re-aired on Dangal TV and is one of the top shows on the TRP chart. What do you have to say about it?

When Ashutosh Gowariker was doing Jodha Akbar, I was given the credit of acknowledgement for the film along with eminent actors like Amitabh Bachchan and Shatrughan Sinha to name a few. I was very much involved in the pre-production of the film as a friend. However, when the shoot for the film began, I was offered Mahima Shani Dev Ki. So, I preferred playing Lord Shani over the role being offered in Jodha Akbar.

Mahima Shanidev Ki came to me as an instant offer. I was working with Shahab Shamsi sir on a project, where he asked me if I would be interested in portraying a mythological character. I was asked to audition for it and within 30 minutes, I was offered the lead role. Also, television gives more money honestly. Playing the central role in a TV serial was something that I did not want to miss at all. I consider playing the role of Lord Shani as a blessing by the Lord himself. I worked hard for the role and now nearly a decade later, people are still talking about it. The show is doing extremely well on Dangal channel and is consistently in the top five shows every week. I am glad that the channel decided to re-launch the show.

I played Shani for over four years that time, and yes, it has greatly impacted my point of view. I strongly believe that the karma you do, it will come back to you. When the show was launched, I did not receive as much publicity as I am receiving now due to the re-run on Dangal. The hard work I put in to play the character of Lord Shani, is finally paying off.

Talking about creating impact, I remember incidents where people came up to me and asked me to help them in their problems, since they considered me to be Lord Shani. Often people would come and tell me, “Mera shani hata do mere sarr se.”

You are currently seen in Taarak Mehta Ka Ooltah Chashmah. Who is your favourite co-star from the show?

Tell us about the projects in the pipeline?

I was working on a film with Taapsee Pannu and Vikrant Massey just before the lockdown. Some parts of the shoot are pending. Then, there is Satyamev Jayate 2 and Rangbaaz. I am looking forward to these roles. In addition to this, my web series Raktanchal was recently released.

Coronavirus lockdown has affected businesses, and shootings have been stalled. Many industry members complained that they haven’t been paid. What do you have to say about this?

Everyone is going through this pandemic, and the industry is like a family and everyone will help each other to overcome this situation.

What have you been up to during the lockdown? What is your message to the fans during this difficult period?

I have been reading books, watching a lot of content and praying to god.

My message to the fans dealing with this difficult phase is: We shall be together and fight this pandemic. Be honest to your family and to this beautiful world. Let us help each other to the best of our capabilities. 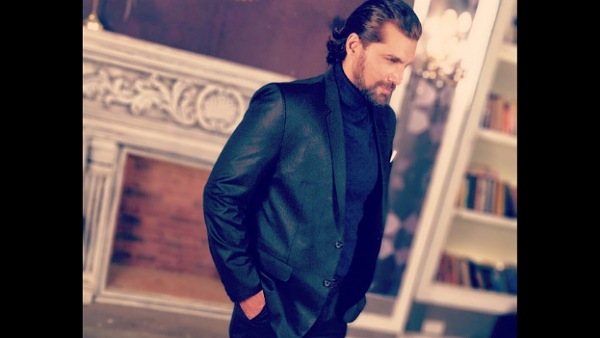