Divyenndu, Abhishek Banerjee, Jaideep Ahlawat: Actors Who Stood Out On The OTT Platform This Year!

Divyenndu, Abhishek Banerjee, Jaideep Ahlawat: Actors Who Stood Out On The OTT Platform This Year!

2020 was definitely the year for digital stars. These talented actors emerged on the scene at a time where the internet was celebrated like never before. Leading video streaming platforms like Netflix, Amazon, AltBalaji, Hotstar among others introduced and popularized these artists, providing them with a global platform to best showcase their talents.

Divyenndu – One of the most underrated actors of his generation, Divyenndu made a startling transformation from his role in the millennial blockbuster Pyaar Ka Punchnama to the rustic ALTBalaji show Bicchoo Ka Khel. From being the guy next door to this year’s most celebrated villain in the successful revenge drama, Divyenndu shone and stood out as one of the best performers on the OTT platform.

Abhishek Banerjee – Abhishek Banerjee was praised for his intense portrayal of Hathoda Tyagi in Amazon Prime’s crime drama Paatal Lok. While he was a popular casting director, he also doubled up as one of the key characters on the show and blew critics away with his nuanced performance.

Prajakta Koli – She may have bagged a film with an ensemble cast including Anil Kapoor and Varun Dhawan but Prajakta Kohli had already made a name for herself as a popular Youtuber ‘MostlySane’. She truly arrived on the scene with Netflix’s show Mismatched that was a huge hit with the urban youth.

Shreya Chaudhry – Not everyone can pull off a romantic musical but Shreya Chaudhry was a revelation in Amazon Prime’s Bandish Bandits. Her popularity skyrocketed since the show took off and this stunner, who earlier worked with Imitiaz Ali on a short film, is already flooded with some exciting offers.

Jaideep Ahlawat – For his role in Amazon Prime’s crime thriller Paatal Lok, Jaideep Ahlawat went the extra mile and actually piled on the pounds for his character. The actor made an impact in his role as a cop whose integrity is tested when he investigates an assassination attempt in the hit series. 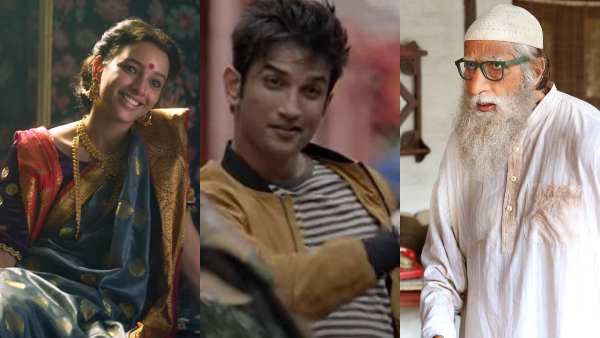