Divya Bhatnagar passed away after losing battle to COVID-19. The actress’ death left her friends and fans in shock. The family had organized a prayer meet recently, which was attended by a few television actresses including Devoleena Bhattacharjee and Aalisha Panwar. During the prayer meet, Divya’s brother Dev and her friend Devoleena exposed the late actress’ husband Gagan Gabru aka Gagan Sethi. They had also shared snapshots of the late actress and her friend in which the latter revealed that she was beaten by her husband. Now, Devoleena has yet again slammed Gagan and shared a couple of videos, revealing how Gabru spoiled Divya’s life.

In the recording, Divya can be heard revealing that she kept quiet about her husband’s abusive nature as he threatened her of harming her brother and mother. She also revealed that her husband used to beat her with a belt and chappals during the lockdown.

Meanwhile, as per Spotboye report, Divya’s brother revealed that the police didn’t file complaint against Gagan saying Divya died due to COVID-19.

As per Spotboye report, Dev told media that they weren’t aware that his sister was going through all these. He added, “Gagan Sethi is a criminal and claims to have a gun with which he used to threaten my sister that he will get me killed. He used to hit her from the belt. He has been absconding. He and his his mother used to call and torture Divya even when she was in the hospital (ICU) on video calls. She was on oxygen support and this guy used to make the video and post it on social media. And used to accuse us of forcefully entering her house. Though Divya has done a lot of hard work herself but my parents have always been in her support. Only after my father’s death we were not able to support her as we were going through a bad phase. I have pictures with me of how miserably he has treated my sister, and hanging him will also be less for this hiedious crime.”

He further added, “I had gone to file an FIR against him. But they refrain from filing an FIR by saying your sister has died because of COVID-19, so we can’t lodge a case. So, I don’t know what I should do as I have proof but there is no support from legal authorities. I just want justice for my sister and that man in front of me. I also want to see kitna bada gunda hai vo? She was thrashed by him and his mother badly. I myself have seen her marks when she was in ICU.”

However, Gagan denied Devoleena and Dev’s claims of beating his wife and had shared videos in which she was seen happily dancing. Devoleena has slammed Gagan for the same and shared a few snapshots of the late actress’ and her friends’ chat, exposing him. 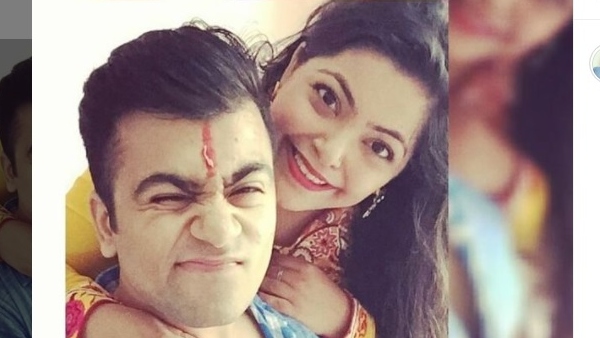