Story: Based on the British Television Show of the same name, Criminal Justice Season 2 follows eminent lawyer Bikram Chandra’s murder case. Anuradha Chandra who confesses to killing her husband is placed judicial custody but the cops involved suspects something else had been happening in the happy family behind the closed door.

Review: Criminal Justice Behind Closed Doors starring Pankaj Tripathi, Anupria Goenka, Kirti Kulhari in lead roles is one of the best short legal drama offered by OTT in 2020. The show follows a domestic abuse victim Anuradha Chandra, played by Kirti Kulhari who has confessed to killing her husband. After her quick confession without a lawyer, the lead officer on the case grows suspicious of the case and her condition in the marriage.

The victim and Anuradha Chandra’s husband Bikram Chandra was one of the best lawyers in the country which also has the entire lawyer community hell-bent on making Anuradha (Anu) pay for her alleged crimes. The officer has no other option to call the only lawyer who would fight her case, Madhav Mishra played by Pankaj Tripathi. However, Anuradha refuses to open up about the abuse and is ready to accept the crime until she realises it will also cost her the right to see her children.

Criminal Justice Behind Closed Doors aims at spreading awareness about crimes like domestic abuse that are not evident. The show also gives a glimpse of its impact on the victim and how it changes their mindset. We don’t get to see Anu as someone who was full of life, but she does reveal that her abuser very cunningly conditioned her into forgetting her existence and acknowledging her own pain.

The show’s screenplay follows the British show quickly closely but it also gives a strong image of the Indian legal system. We get to see how the lawyers, police and the children’s welfare centre works in cases like these. The makers have offered more than just Anu’s perspective, we also see the case through Anu’s daughter, her CWC agent, the lawyer community, Anu’s lawyers, and Bikram’s family. Despite the number of subplots, the eight-part series does not falter from the main case for too long.

One of the best subplots of the show is of two married police officers who are working on the same case. The husband is convinced that Anu is the killer and deserves to pay for her crimes. While the wife is looking for answers and believes she needs to know the reason (crime’s motive) before she can see Anu as the criminal. The case also affects their personal lives and brings forth some much-needed clarity in her life.

Pankaj Tripathi’s newly married life also plays a great contrast to Anu’s experience. It stops the show from getting too grim and shows the good kind of relationship one can have despite all the hate around you.

Kriti Kulhari as Anuradha Chandra also refereed to as Anu is exceptional throughout the show. She manages to be timid-scared character and at the same time show strength in her silence. Pankaj Tripathi as Madhavji brings much-needed seriousness and comic relief to the show. He single-handedly pushes the plot forward and also supports the other actors when it’s their moment to shine.

Overall the show leaves you shattered with the truth about society but also gives you hope. Much like the court’s final verdict, the makers have balanced the crime, the story and the narrative well enough so that one does not take over the other’ characters. Criminal Justice Behind Closed Door is a good way to end 2020. 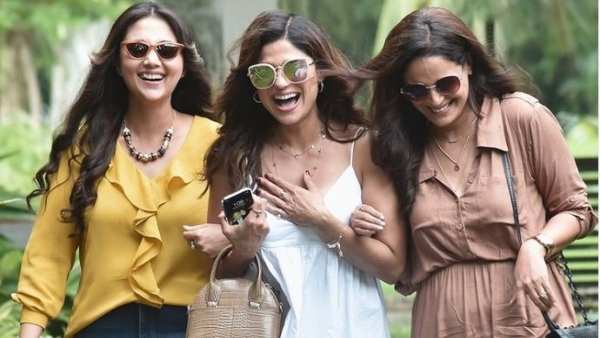