Choti Sarrdaarni: Simran Sachdeva Is NOT Quitting The Show; Says Everything Is Sorted!

Choti Sarrdaarni: Simran Sachdeva Is NOT Quitting The Show; Says Everything Is Sorted!

Recently, there were reports that Simran Sachdeva, who plays the role of Harleen in Choti Sarrdaarni, has been replaced by Drishtti Grewal. The reasons for her replacement, revealed by Simran, were quite shocking! Simran had said that the producers forced her to take a pay cut. She also said that one of the producers even misbehaved with her and was extremely disrespectful and rude! But the producers and the actress have sorted things out!

As per the latest report, Simran is not quitting the show. She confirmed the report and told Spotboye that she had a discussion with the producers. She added that everything is sorted now and she will continue to play Harleen.

‘Everything Is Sorted Now’

Simran was quoted by the entertainment portal as saying, “I had a discussion with the producers and everything is sorted now. So, I am not quitting the show anymore and hence there will not be any replacement. And I will only continue to play Harleen on the show.”

A Producer Confirms The Same

One of the producers of Cockcrow & Shaika Entertainment confirmed that everything is fine now. He said that earlier there was some miscommunication.

‘Some Miscommunication Had Happened’

The producer of the show said, “Yes Simran is very much part of the show. Some miscommunication had happened but all is fine now.”

Well, we are sure that Simran’s fans will be happy that she has been retained on the show! 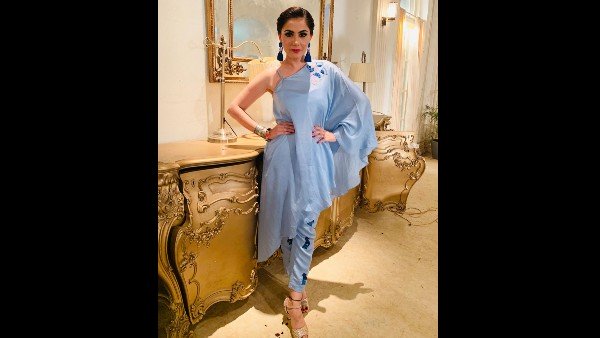