Bulbbul Actress Tripti Dimri On Nepotism: Can You Blame Star Kids For That?

Bulbbul Actress Tripti Dimri On Nepotism: Can You Blame Star Kids For That?

Actress Tripti Dimri, who herself is an outsider, comes out in support of star kids, and says that one can’t blame the star kids for the existence of nepotism in the industry. She asks, “Can you blame star kids for that? If I’m somebody’s daughter, and I’m being offered a film, why would I say no? I’m not asking people to follow me, they are, on their own. You can’t blame them. I’m sure it’s different for them also. They face their own challenges, it’s difficult for them as well. You can’t say they don’t give their 100 percent. Hota nahi hota, they do give that.” 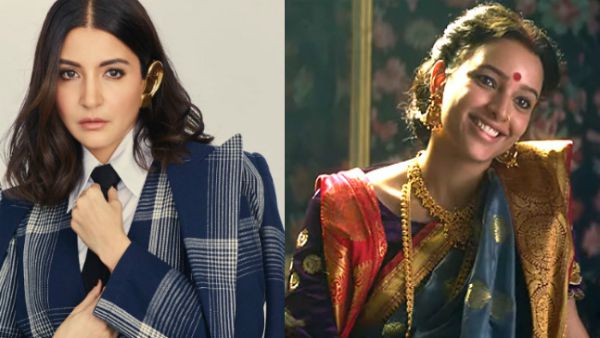 Tripti Dimri Opens Up About The Success Of Bulbbul, The Advice Anushka Sharma Gave Her On Set

Tripti made her Bollywood debut with Laila Majnu in 2018, but the actress gained popularity recently, when she featured in Netflix film Bulbbul, which was bankrolled by Anushka Sharma.

Recalling the same, Tripti tells HT, “Laila Majnu (my debut film) came out, and nobody went to watch it. I went to the theater for seven days, and there were hardly 20-25 people sitting. I think if that film was a hit, I’d have definitely got more opportunities immediately after that. It didn’t; both me and Avinash Tiwary went unnoticed.”

Tripti also asserts that she keeps giving example of Kartik Aaryan, who was an outsider too when he made his debut, but today he’s a star. She adds, “Only because his film was a blockbuster, filmmakers noticed him that he’s someone who they can put their money on.”

Tripti believes an actor/actress’ stardom is in audiences’ hands. If they can make someone a star, they can also avoid watching the film of star kids. Rather than putting blame on the existence of nepotism culture or star kids, Tripti believes in working hard, and choosing the right scripts for her career.