Salman Khan begins Bigg Boss 14 Weekend Ka Vaar by welcoming the audience and wishes happy Navratri and Dussehra. He then asks red zone contestants about how they feel. Eijaz Khan says he feels caged. Salman then asks Pavitra Punia the same and proceeds to school Rubina Dilaik over her statements made in the confession room this past week. Salman says he is not someone to keep grudges after Rubina tenders an apology to him.

Salman introduces a game called ‘buzzer kisne bajaya?’ to find an answer to the most asked question of the week. Salman questions Jaan Kumar Sanu and how he keeps boasting about his friendship with Nikki Tamboli. Nikki replies to Salman stating that she is well aware that Jaan has never prioritised her as a friend and just pretends to be a friend.

Salman also asks Rubina Dilaik if she was aware of the fact that Nishant Singh Malkani had made two alliances during the captaincy task. Salman’s revelation leaves Nishant’s friends – Jaan, Nikki and Rahul Vaidya surprised.

Salman Khan asks housemates why they are not able to trust Rahul Vaidya. Jaan states his reason and tells that Rahul pretends to be someone else in front of him and bitches about him behind his back. Pavitra adds that Rahul argues a lot and refuses to understand what the other person has to say. Rahul counters by stating that people fight and make up in the house, but he is someone who stands firm in his beliefs and is absolutely unapologetic about it. He then adds that the trust factor will only reduce for everybody in the house as the game goes on.

Later, Rahul comes over to Nikki and says that till the time he is in the game, he will support her. Nikki refuses to entertain him and says she will rather play all alone as she has gained a lot of clarity now. Jaan questions why Rahul is with Nikki as they talk to each other. He and Nishant Singh Malkani discuss why the duo are together as even Rahul was certain that Nikki should not be made the captain of the house. When Jaan confronts Rahul about his hypocritical behaviour, the latter is seen saying that it is his wish to go with her, and no one has the right to question him. In the meantime, Pavitra tells Nikki that she shouldn’t trust Rahul no matter what happens. She advises her to play on her own going forward.

Finally, in Sunday episode’s preview, Salman Khan will be welcoming Shardul Pandit, Kavita Kaushik and Naina Singh as the first set of wildcard contestants of the season. The housemates will have to decide who among the three will join Pavitra and Eijaz in the Red Zone. 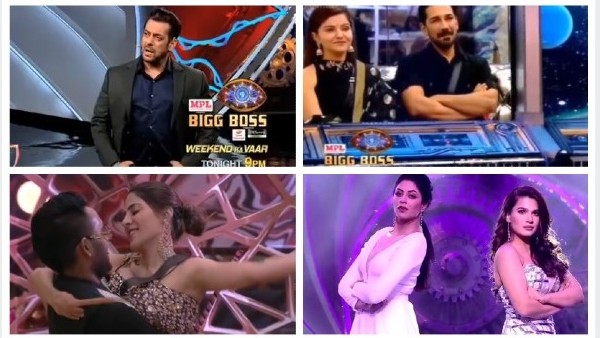