The January 1 episode of Bigg Boss 14 Weekend Ka Vaar begins with Salman Khan slamming Jasmin Bhasin and telling her that Rakhi Sawant is indeed hurt. He asks her to come out the ‘kid’ mode. Salman also questions Eijaz Khan about not raising an objection when Rakhi got hurt. He then comes to Aly Goni and asks as to why he did not explain things to Jasmin as she only seems to understand when he talks.

Salman also blasts him for not understand the situation and for being very selective in such matters. The actor blasts Jasmin for doubting and accusing Bigg Boss. He tells her she does not understand the difference between thermacol and rubber and that they are not obliged to clarify to her. He says she feels she deserves special treatment as a face of Colors TV.

An upset Salman Khan tells the housemates that the makers consulted two doctors for Rakhi and the cosmetic surgeon said she needs an MRI. But due to the COVID-19 situation, he says Rakhi said no for treatment and preferred to stay with painkillers and is still taking them. He praises Rakhi for running the show the whole week and informs her that she is safe from nominations and has received a lot of love and votes from fans. Finally, Jasmin says sorry to Rakhi but Salman asks Jasmin if she was waiting for his clarification.

Salman continues the schooling and calls out the housemates for bullying Rakhi. He says that the contestants find her uncool and that only Vikas Gupta has been consoling her. Khan tells them that Rakhi has struggled a lot in life and is an entertainer come what may. He then states that says she is as cool as everyone and perhaps cooler than them.

Salman then shows the audience a clip where Rubina Dilaik offending Arshi Khan. He then blasts Rubina for being rude to Rakhi and says that she is very privileged and fortunate to sleep in the lap of luxury. He also calls her out over her complain about people talking at night. Aly chips in and says people are particular about sleeping. Rubina laughs a bit, and this angers Salman.

Arshi then calls Rubina arrogant and says she forces others to accept her opinion. She continues to complain further but Salman gives her a reality check about her ‘friends’ in the house. He asks Arshi that Goni and Vaidya do not consider her as a friend. Arshi then brings up the gesture Rubina made during their argument. Rubina tries to explain herself and says she did it only to annoy Arshi.

The entire episode makes Abhinav Shukla complain about Arshi. The couple fight with Arshi and Salman is fuming with Abhinav. He reminds everyone that Arshi is being body-shamed by Aly, Rahul Vaidya and Jasmin. He also adds that Jasmin and Nikki Tamboli are talking about Rakhi’s cosmetic surgeries. Salman advises everyone to be more direct when talking about people.

Arshi and Rubina continue their fight. In the meantime, Aly scolds Jasmin badly for the Rakhi incident. This is followed by Aly Goni and Rahul Vaidya confronting Arshi. It gets more heated up after Rubina calls Arshi ‘filth’ Abhinav loses his cool at Arshi and charges at her. Jasmin and Vikas come in between.

This leads to another ugly fight between Aly and Vikas. Aly accuses Vikas of blackmailing people with screenshots. Vikas dares him to reveal names of people. Aly then talks about Vikas’ strategy and that he only wants sympathy. He calls him a fraud and tells Vikas that he cannot make a fool of me. 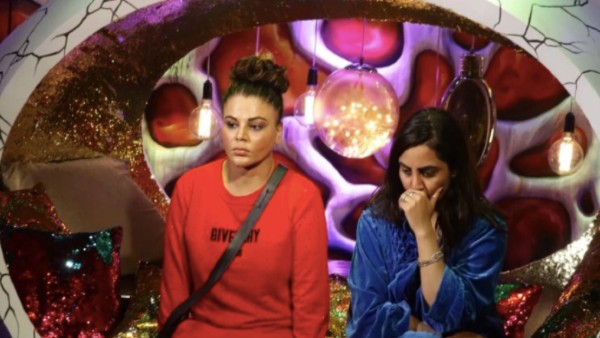 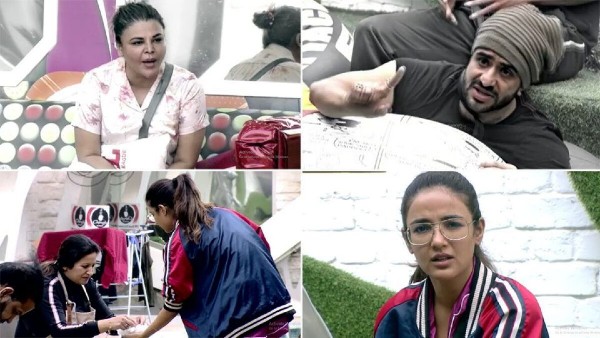