The January 10 episode of Bigg Boss 14 Weekend Ka Vaar begins with Salman Khan’s dashing entry on his songs. He then begins by showing the viewers a clip of Abhinav Shukla, Rubina Dilaik, Jasmin Bhasin, Nikki Tamboli Aly Goni and others complaining about maligning of their reputation. Salman also says that they spoke against him and the channel as well.

In the meantime, the contestants get a task where they can speak about all the false narrative allegations given to them by the other housemates. Rubina goes first and brings up Arshi Khan’s topic and how she has been picking on her saying that she is rude and arrogant. However, as soon as she utters the word superiority complex, Rahul Vaidya, Eijaz Khan and Jasmin jump on her.

Rakhi Sawant goes next and says she wants Nikki to treat her as a fellow housemate. The task eventually leads to a lot of arguments and heated discussions. During Eijaz’s turn, he brings the topic of Rubina’s usage of words false narrative. This leads to an Abhinav lashes out at him, while most housemates seem confused with Eijaz’s point of view.

Post the task, Salman greets contestants and starts grilling them. He is seen asking them the meaning of bullying and explaining to them that ganging up against an individual or stopping people from taking is also a part of bullying. He says provoking people who are having a discussion is also a part of bullying naming Arshi Khan. Salman then talks to Eijaz and says that he has no sense of direction in the game anymore. Then, the topic of the false narrative comes and Salman takes a sarcastic jibe at Abhinav and Rubina. This is followed by Nikki not making Rakhi’s bed coming to the forefront. Salman questions her and she accepts that it was a part of her duties to make Rakhi’s bed.

Salman shocks the housemates as he enters the house to clean Rakhi Sawant’s bed. Nikki is dumbstruck and everyone gathers around the glass pane and ask him to stop. They all look ashamed and Salman says no work is small. Salman grills Rubina over the usage of her word false narrative. Abhinav intervenes but the actor asks him to not be her mouthpiece. Salman then lashes out at Abhinav, Rubina Dilaik, Jasmin and Aly for accusing the makers and all that they said about the eliminations.

Later, Salman asks nominated contestants Abhinav, Rubina, Jasmin and Aly to come to the garden area and freezes the rest of the housemates. He informs that it’s a game of freeze and release and the nominees will have to be standing in the boxes. The two couples greet one another and are seen consoling one another. The other housemates are also kept on freeze but they gather around the glass door. The process begins and Aly walks two steps ahead and Jasmin starts crying. This is followed by Rubina and Jasmin walking a step each followed by Abhinav taking two steps. He joins Aly at the same level and then, Jasmin walks a step in line with the boys. Abhinav again walks ahead while Rubina joins Aly and Jasmin.

After this point, things start getting serious for Jasmin and Abhinav. Abhinav. Rubina starts crying and Abhinav asks her to stop crying. And then, Salman asks Jasmin to walk one more step and she is eliminated. Everyone is shocked and Aly is inconsolable and seen asking the host to let him go too. Jasmin tries to calm Aly and Salman is also seen getting teary-eyed and consoles Aly. But Aly starts to hyperventilate and asks for medicines. Jasmin asks him to win the show and exits the house. Aly is completely shattered. Rahul and Rubina console him and everyone is in the house is very emotional at this point. 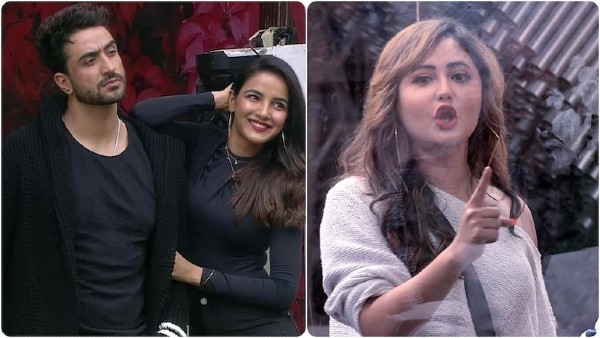 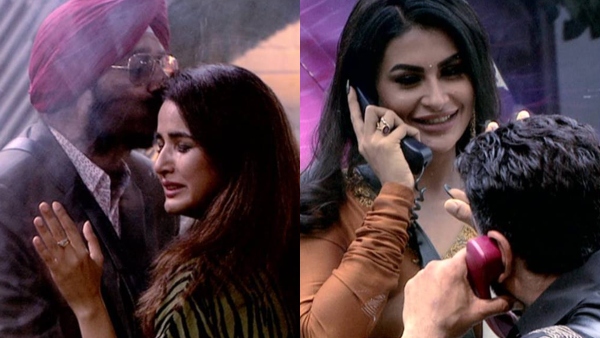