The MPL caller of the week questions Eijaz as to why did he asked Rubina to convince him during the captaincy task when he had decided to make Manu the captain. Eijaz tries to come up with an explanation but the caller also pinpoints that he has started playing for the challengers. He reminds Eijaz that when he himself had earlier stated that they will be a good competition. This makes Abhinav Shukla, Rubina, Jasmin and Aly laugh at Eijaz for being caught by the caller. When Salman asks Rubina about Eijaz, she says he isolated them after the challengers entered.

Salman then exits the house and talks about Rahul Vaidya, who had quit the show in the mid-season finale. Rahul then comes on the stage and Salman questions him about his voluntary exit. Rahul was made to stand in a katghara as he gave his explanation. Salman further grills the singer and asks him whether he left because he knew that he cannot win against Jasmin and Rubina. Rahul states that he left only because he was homesick. Salman enquires if he wants to get inside the house. Rahul says yes.

The Dabanng star then asks him whether the fans he disappointed will trust him again. Rahul says that they will. Salman also asks Rahul as to how would he deal with the amazing and smart challengers. Rahul says that no one can affect him or his game. The host informs him that they will ask the housemates about his return.

Salman then enters the house and asks them if they feel that Rahul should be taken inside the house again. Everyone is happy to see Rahul and Rubina, Vikas, Rahul Mahajan, Abhinav, Arshi Khan, Nikki Tamboli, Manu, Eijaz, Jasmin, Rakhi Sawant, and Aly agree that he should be allowed to enter again. But Kashmera Shah does not agree. Salman then says that only Bigg Boss will take the final call now. Salman tells Rahul to come out as a winner and not cry inside.

The actor then comes to this week’s eviction process and says that Kashmera is evicted. He then reveals that Kashmera is safe and says Abhinav is leaving who will be leaving. And as housemates cry and meet him, Salman enters again and announces that no one will get evicted and everyone celebrates. Post the host’s exit, Arshi resumes to irritate Vikas and he decides to protest by speaking in English. This leads to Bigg Boss warning him and house captain Manu also tries to pacify Vikas. 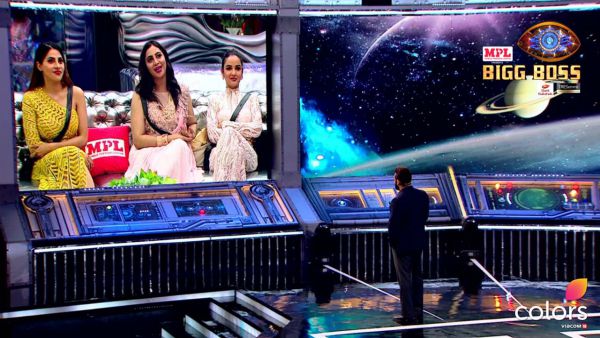 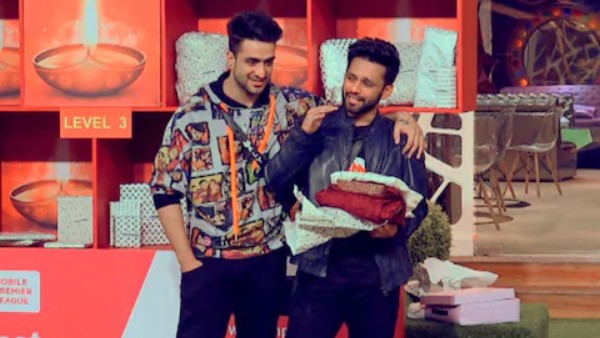 ALSO READ: Bigg Boss 14: Aly Goni Reveals Why Rahul Vaidya Left The Show; Talks About His Bond With The Singer