Pavitra Punia, who is currently seen in Bigg Boss 14, had warned Paras Chhabra that she will expose him, if he rubs her in a wrong way. Post this, Paras had also called Pavitra, ‘scandalous ex’, ‘exceptionally desperate’ and ‘big mistake’. Yet again, the duo hit back at each other. While Pavitra called Paras a piece of sh*t, he warned her saying that he’ll expose her and her lies!

In an interview with Pinvilla, before entering the house, Pavitra had said, “Paras Chhabra is the ex-boyfriend of Pavitra Punia, not the other way round. He’s a piece of s**t, jo ladkiyon ke paise pe survive karta hai. I have a list which I haven’t provided yet. So when media writes all this, it gets me angry.” Pavitra’s statement hasn’t gone down well with Paras, who in turn has hit back at her.

The actor also warned Pavitra’s team to stop nonsense and said, “If her team doesn’t stop with this nonsense, my friends will leak their chats with Pavitra, which screams lust for men and their money. Maybe that will shut their mouth. Trust me if I do that, her career and her image both never will see the light of the day.I have said this in the past I will repeat it again, if at all I enter the house, I will expose Pavitra and all her dirty lies.”

Well, we wonder what will happen if Paras enters the Bigg Boss 14 house! 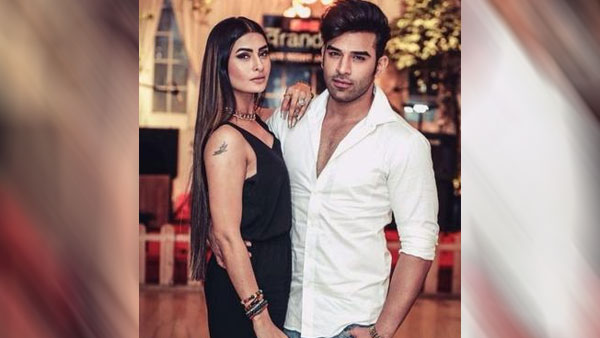 Also Read: BB 14: Paras Chhabra Calls Pavitra Punia A Scandalous Ex; Says She Hid About Her Marriage From Him