Bigg Boss 14 premiered yesterday with host Salman Khan revealing all the names of the contestants for the season. The fans of the controversial reality show are now well versed with Shehnaaz Gill and Himanshi Khurana thanks to the popularity they enjoyed during the thirteenth season of the show. And now, the makers have decided to continue to add famous stars of the Punjabi film and television industry and have roped in singer-actor Sara Gurpal for the same this year.

For the unversed, Sara hails from Haryana and studied fashion designing in Chandigarh. She has made a name for herself in the Punjabi entertainment industry by featuring in several Punjabi music videos. She became extremely popular with the music video of Ranjit Bawa’s song ‘Jean’. Sara then made her debut in acting in 2017 with Gippy Grewal.

Before entering the house, Sara spoke to TOI and revealed that she has watched the previous seasons of Bigg Boss. On being quizzed about being compared with Shehnaaz Gill, the singer said, “Had it not been me, someone else would have come from Punjab. We are all different individuals. I am not taking it negatively. I am very proud of Shehnaaz Gill. She was entertaining and I have no problems with comparisons. And people of Punjab are anyway very nice. I am prepared for everything, be it positive or negative. When people will see me, I hope they will love me.”

She then went on to add, “If you talk about Khans, all of them are different. And they have proved it over the years. If people are talented, they will be noticed for who they are. You can’t pretend for long. The house is such that people watch everything. I don’t think about pressure because I know it will all be good.” 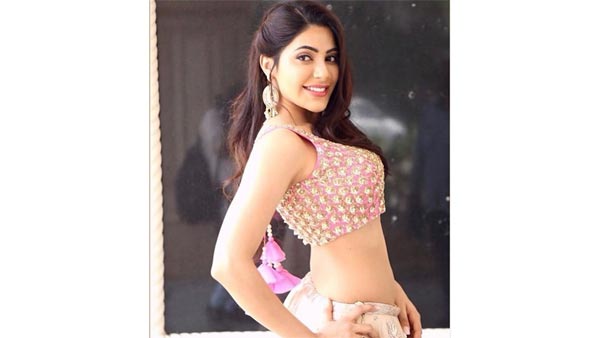 ALSO READ: Bigg Boss 14 Grand Premiere: Who Is Nikki Tamboli? Did She Manage To Impress Viewers?