Ashnoor Kaur Reveals Why She And Shaheer Sheikh Didn’t Meet For 10 Years!

Ashnoor Kaur Reveals Why She And Shaheer Sheikh Didn’t Meet For 10 Years!

Shaheer Sheikh and Ashnoor Kaur worked together in Mahabharat. While Shaheer played the role of Arjuna, Ashnoor was seen as young Dushala. While doing the show, the duo had clicked pictures together which were doing the rounds on social media. Post the show, they hadn’t met or spoken. Finally, Ashnoor met Shaheer after 10 long years on shooting location and the former said that it was an emotional moment.

Ashnoor was quoted by Tellychakkar as saying, “It was an emotional moment for me and Shaheer bhaiya. After that, we weren’t in touch because of our work commitments.”

As to how the duo met, the actress said, “We were shooting in the same compound where I was shooting for Patiala Babes and he was there for Dastaan-E-Ishq – Salim Anarkali. Sonarika Bhadoria was also there and she told me that Shaheer is also there.”

The Patiala Babes actress also said that they were extremely overwhelmed to see each other as they hadn’t even spoken to each other in 10 years. Ashnoor added that Shaheer came to his vanity room and also chatted with her mother and had some fun time. She further said that it was quite an emotional moment for both of them.

After Mahabharat, Shaheer went on to do a few popular shows like Dastaan-E-Ishq, Kuch Rang Pyar Ke Aise Bhi and Yeh Rishtey Hain Pyaar Ke while Ashnoor was seen in Yeh Rishta Kya Kehlata Hai and Patiala Babes. Shaheer will also be seen in a music video that features Tejasswi Prakash. 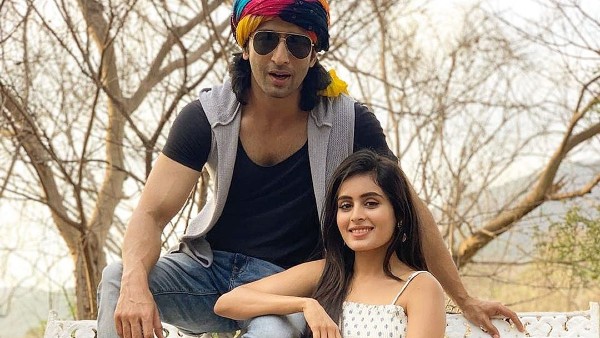