Sushant Singh Rajput’s death has left the entire entertainment industry in shock. It has been four days that the actor left us, but still no one is able to believe that he is gone! Ex-Bigg Boss contestant and producer Vikas Gupta had earlier shared a tribute video to late actor and remembered their good old days spent with him. The producer took a trip down memory lane and returned to Instagram with major nostalgia. Vikas shared a group picture from their happy days and when he was in a relationship with his Pavitra Rishta co-star Ankita Lokhande. He remembered Sushant as a carefree and happy lad. He was also all praise for Ankita, who ‘wouldn’t leave him (Sushant) till he has the smile on his face again’! He called Ankita, ‘shock absorber’.

Vikas wrote, “This was the time when I saw him the carefree fun happy lad sushu was . He dint worry about anything. He could leave the number 1 show on Indian television and we could for weeks do nothing and make plans in chai coffee and discuss learning film making plans – I remember him saying No to #Aurangzeb because He was offered the other brothers role and i remember he said how will I say no to Yash Raj but he was able to cause that mad girl in the middle of the picture would say you do what makes you happy we will do when you are sure about things and he would grin like in this picture.”

How Ankita & Others Celebrated Sushant’s Films

Ankita Was The Reason Behind Sushant’s Smile

“What remains are memories. I want to remember him as this grinning boy who was tension free cause tension Ankita ko dekh kar bhaag jaati thi #ankitalokhande you were the shock Absorber and wouldn’t leave him till he has the smile on his face again. #sushantsinghrajput #ankitalokhande #charumehra #poojagor #rajsingharora #niveditabasu sorry some of us have half faces in this one but I just had to put it cause look at him grinning and all of us showing our teeth #balajikebachey #pavitrarishta this is #HaPeace.”

Many users felt that if Ankita and Sushant were together, this wouldn’t have happened (he wouldn’t have died)! A user commented, “I don’t know par agar dono shath hote to maybe aaj aisa shayed nehi hoti… 😢 Missing Him❤️.” Another user wrote, “Yes…we really wish ankita was with him…😢😢 She was perfect for him..I am fan of both.. they make lovely couple. But don’t know what happened and they broke up, it was their personal matter and as I fan I understand them. But still there was hope for us that they may patch up. Now all gone😢” 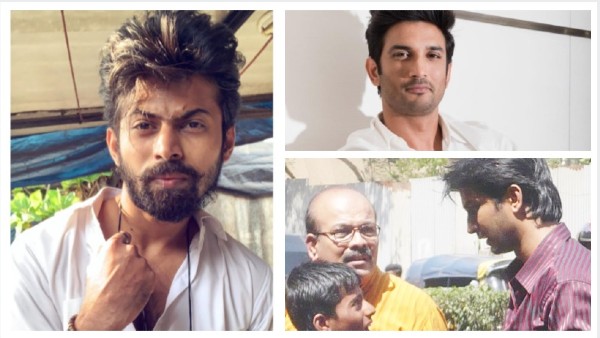