Amitabh Bachchan has been associated with Kaun Banega Crorepati for 14 years. The megastar has returned to host the 12th season as the popular game show completes 20 years of telecast this year.

For the unversed, KBC commenced its journey on Star Plus in the year 2000 and played an important role in resurrecting Big B’s career. The game show that turned Star TV’s fortunes around, has since found a home on Sony Entertainment Television.

The former programme head at Star TV, Sameer Nair recently told SpotBoyE that Mr Bachchan initially expressed hesitation to come on board for the show. But he later got to see the taping of Who Wants to Be a Millionaire? in London and got convinced. Nair revealed that Big B agreed to do KBC on the return flight.

Mr Bachchan too reflected on his experience and called it the ‘enactment of a lifetime’. The 78-year-old revealed that he is just as excited to interact with contestants now as he was two decades ago.

Big B said, “The format of KBC is unchanged by protocol, and it cannot be altered, but it is the worth and value and participation of the contestants that brings variety each year to this show. They are the heart and soul of KBC. It is they that bring in the stories of their struggle, their challenges and their attitude toward it, their determination to bringing a life-changing moment, their concerns towards morality and social impurities and of course the joy and happiness in their victories.

He went on to add, “14 years is a long time to be associated with it, with approximately 600 episodes that I have been involved in, it does seem like the enactment of a lifetime, but I have never felt the years go by. I feel as excited about meeting different contestants today as I did on day one … There are many contestants that come to the game show with great aspirations and expectations and if through the show and the game, we can give them an opportunity to become a game-changer in their life, it gives all of us great satisfaction.” 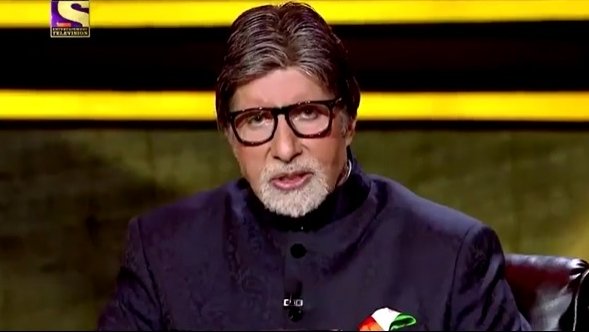 ALSO READ: KBC 12: Amitabh Bachchan Surprised By Contestant’s Joke On What He Will Use The Prize Money For